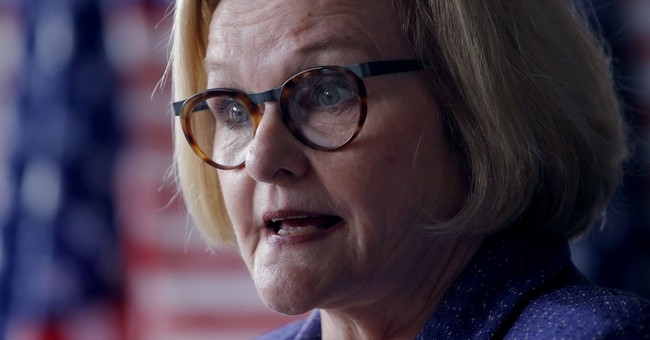 Last night's midterm election results held a little something for everyone, as Democrats made substantial House gains to win back Congress' lower chamber, Republicans expanded their ranks in the US Senate, and Democrats gained ground on governorships -- although the GOP held onto some really important ones in major swing states.  Turnout was exceptionally high, busting past 2014's mark by roughly 30 million voters nationwide.  On Fox News' primetime coverage, I made this point about the remarkable difference between the 2016 and 2018 cycles:

Point I just made on @FoxNews:

Two years ago around this time, the media started to be stunned by the national outcome.

As soon as Mike Braun was declared the winner over Joe Donnelly in the Indiana Senate race, the GOP's upper chamber fortunes brightened considerably. I'd predicted that Indiana and Missouri would break the same way, and they did: Both strongly in favor of the Republican challengers. The polling averages showed both races effectively tied; neither race ended up being terribly close. North Dakota was the expected blowout. And Florida ended up producing yet another razor-thin victory for Rick Scott, guaranteeing that the GOP would net multiple Senate seats, regardless of what happened out west (as of this writing, Nevada appears to have flipped blue, and Arizona is razor thin).  Meanwhile, Joe Manchin held on in West Virginia, albeit narrowly.  The late tightening was real.  Take all those outcomes and filter them through the prism of perhaps the defining event of the cycle for Senate politics, and a pattern emerges:

KAVANAUGH MATTERED: Four of the "Big 5" vulnerable Senate Democrats lose or losing tonight: Donnelly, Heitkamp, McCaskill, Nelson. All four voted against Kavanaugh. The one that did vote for Kavanaugh, Joe Manchin, prevails.

On the House side, a few early Republican survivals in wobbly-looking districts in places like Virginia (which ended up being a major boon to Democrats, aided by an extremely weak GOP Senate nominee), Kentucky and Florida foreshadowed a good night for Democrats, but not an epic blue wave sort of night.  Democrats ended up cleaning up in a lot of suburban districts, as expected (see Virginia, New Jersey, Illinois, Texas, and elsewhere), thus solidifying their takeover -- but it could have been worse for the party in power.  On the gubernatorial front, the opposition gained ground as was widely anticipated, but losses in critical presidential battlegrounds of Ohio, Florida and Iowa really sting.  Pending a few outstanding counts, Republicans appear poised to remain in control of a majority of America's governorships, although their extraordinary dominance (33 GOP governors) has been reduced.

All in all, it was a modest blue wave.  The Democrats performed a bit above average for an 'out' party in the House, did pretty well, but not great, in gubernatorial contests, and lost important terrain in the Senate.  President Trump deserves significant credit for helping a number of Senate nominees come out on top, guaranteeing that Sen. Mitch McConnell will have additional, crucial votes to help confirm more Trump-nominated federal judges for at least the next two years.  That was a top conservative priority, so that's an enormously consequential win.  Republicans' expanded ranks also makes the Democratic project of winning back the Senate more difficult in 2020.  I'll leave you with a note about polling, which certain had some misses this cycle:

You have 506 races between the House, Senate and governor. Polls have gotten the large majority of those right. Moreover, they've gotten the overall direction of the House and Senate almost exactly right. There have been about as many upsets as you'd expect.

Once all the races are finalized, I'll revisit my predictions, which in the wee hours of Wednesday morning look fairly solid on the House and Governor fronts -- while it appears I underestimated Senate Republicans' gains, though not by much.  I also suspect many of you will enjoy this homage to 'Cocaine Mitch' and the Kavanaugh effect: