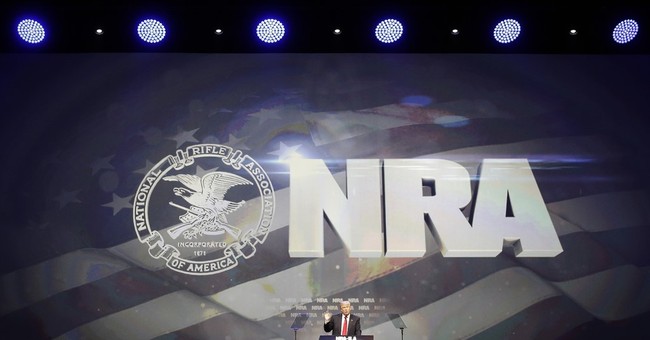 Over the weekend, I expressed my disappointment with my longtime airline -- United -- for succumbing to the left-wing outrage machine and publicly severing corporate ties with the National Rifle Association.  As I noted in my tweet thread (below), I'm neither an NRA member nor a gun owner or enthusiast.  Nevertheless, I've found it profoundly grating so see corporate America cowering before a loud, organized mob that browbeats corporations into taking sides in the culture war.  It's exactly the sort of endless and boundless politicization of everything that we decried in our book.  I resent it, just as I resent the feeling that a company to whom I give many thousands of dollars each year is actively alienating me through partisan signaling.

Hey @united, I’m an extremely loyal 1k customer. You’ve now severed ties w/ the NRA at the urging of an online mob, yet you maintain ties with Planned Parenthood, the most prolific ender of children’s lives in America, by far. Are you actively trying to chase away my business? https://t.co/eArS3fiF2c

I *hate* the politicization of everything & usually eschew boycotts. I honestly don’t know what to do bc I don’t want to join/escalate the outrage wars. But I also worry about sending a signal to corporate America that caving to the organized Left has no consequences. @united

So I guess I’m going to just sit here and wait to see if @AmericanAir joins the culture war pile-on & then reevaluate my decades-long relationship with @United. I don’t want flying to feel like a political statement. United has put me in a gross spot & I resent it.

As you can see from the retweet and 'like' counts on those messages (which have basically been ignored thus far by United Airlines, whose public relations department simply directed me to their tweeted statement), it looked like I wasn't alone in harboring these frustrations.  A new survey from Morning Consult and Politico finds that major companies whose leaders decided to accede to anti-gun activists' demands by publicly withdrawing partnerships with the NRA have -- surprise! -- turned off a lot of consumers.  Posturing up, favorability down.  Good work, everyone:

After the Parkland, Fla., high school shooting, several prominent companies ended their businesses relationships with the National Rifle Association — and some are facing backlash in public opinion, according to a new poll. A Morning Consult survey of 2,201 U.S. adults conducted Feb. 23-25 found increases in negative views of businesses that severed ties with the NRA after consumers learned of them. The poll’s margin of error is plus or minus 2 percentage points. MetLife Inc., the insurance giant that ended a discount for NRA members last week, had a 45 percent favorable rating, compared to a 12 percent unfavorable rating, before survey participants were informed of that move. After learning of it, respondents with an unfavorable view of the company doubled to 24 percent, while its favorability rating was unchanged...Unfavorability ratings for the three major rental car brands associated with Enterprise Holdings Inc. — Enterprise Rent-A-Car, Alamo and National Car Rental — all more than doubled among surveyed adults after they learned about the companies ending discounts for NRA members.

Enterprise gained four points among Democrats, but cratered 61 net points among Republicans. In case their executives aren't aware, both Democrats and Republicans rent cars.  Meanwhile, conservatives are responding to left-wing fury directed at companies like FedEx, who've declined to alter policies based on political agitation, by urging "buycotts" to counteract the boycotts and reward these decisions.  And some Republican lawmakers are threatening to punish firms (e.g. the Georgia legislature and Delta Airlines) by withholding desired policies and other fronts (which may feel like fighting fire with fire, but also entails the same legal concerns raised when liberal politicians have threatened viewpoint discrimination against private businesses in the past).  The blow-for-blow, 'politicized life' is exhausting and soul-crushing...and escalating.  I'll leave you with Tim Carney's correct view on the Delta spat, followed by the most dispiriting social media development I've seen in some time -- which is really saying something:

Delta shouldn't get any special tax breaks. Also, Delta's foreign competitors shouldn't get US-backed financing for their aircraft. Finally, Delta should have the right to refuse contractual arrangements on conscience grounds.

“We don’t have to agree on everything to get along, be civil to each other and enjoy each others company,” wrote @TeamUSA bobsledder @lagibbs84 posting a selfie of her with @IvankaTrump and @PressSec — now deleted after onslaught of hate pic.twitter.com/fo2cNIgBm3

This is what we're becoming, and it's terrible to watch.  But these are the new rules and new realities.  American companies should think twice before wading into divisive political issues, and shouldn't assume that the most vocal shouters are representative of the country.  Crossing the Left may be a headache, but crossing the Right isn't without consequences.