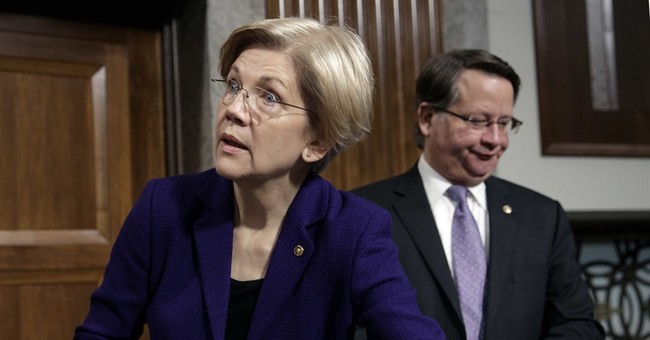 UPDATE - The Daines amendment received a vote this afternoon, and it was unanimously defeated, 57-0.  A number of in-cycle, vulnerable Democrats voted against the awful bill, with dozens of Democrats (including several with obvious presidential ambitions) pulling an Obama maneuver by voting "present."  Liberal members didn't want to play along with a GOP "stunt," but they didn't want to go on the record against single-payer either.  Less left-wing members wanted no part of single-payer-based attacks back home, so they gave House Democrats' plan a public thumbs-down:

During tonight's upcoming vote-a-rama, Democrats are expected to serve up a slew of "poison pill" amendments designed to embarrass or jam Republicans with politically unpalatable choices.  The idea is to make the process painful, exploit divisions, and create fodder for future attacks.  This is a bipartisan standard operating procedure in budget votefests.  But that blade can cut in both directions.  Hence this clever little gambit by Montana Republican Steve Daines, as reported the Washington Examiner's David Drucker:

Sen. Steve Daines is proposing an amendment to the Republican healthcare bill that would implement a government-run, single-payer insurance system in the U.S. The Montana Republican doesn't support single-payer healthcare. But in a bit of political gamesmanship often seen in Congress, Daines wants to force vulnerable Democratic senators running for re-election in red states in 2018 to take a position on the liberal healthcare policy, which is gaining currency on the Left...Daines' single-payer amendment is a carbon copy of one offered in the House by Rep. John Conyers, D-Mich. The Conyers bill, with more than 100 Democratic cosponsors, proposes to create a program the legislation describes as "Medicare for All." According to the bill's language, "all individuals residing in the United States would be covered."

All individuals, not just citizens.  Estimates suggest that a national single-payer regime -- which would effectively eliminate most of the private insurance market -- comes with a price tag of $32 trillion in new spending over ten years, or roughly $3.2 trillion per year.  The entire federal budget in 2016 was $3.9 trillion.  This plan would require enormous tax increases on the middle and working class, would massively disrupt or uproot most Americans' healthcare arrangements, and would result in inferior health outcomes, driven by government-run care and rationing.  It is a very popular idea among committed statists, who comprise the base of the Democratic Party.  Will vulnerable Democratic Senators risk angering their activist base (which gets quite angry over this issue, even when their real quarrel is with basic math) by voting against House liberals' easily-attackable scheme?  Parties that are the targets of tough votes under these circumstances often stand together or rally behind alternate amendments with language crafted to offer political cover for the attempted "gotcha," and that's probably how Democrats will play this.  But it's at least a cheeky and interesting move by Daines, who's likely channeling many Republicans' desire to use single-payer as a cudgel against swing state or tossup district Democrats.

Meanwhile, by far the most important amendment that will emerge later, quite possibly in the wee hours of the morning, is the final offering from Mitch McConnell.  According to leadership and rank-and-file Senate aides, McConnell is feeling out his conference in an effort to pull together a modest "skinny repeal" bill featuring a limited number of consensus provisions.  The idea is to produce a scaled-back piece of legislation that will attract at least 50 votes while satisfying reconciliation guidelines.  It won't remotely live up to the GOP's oft-repeated pledge of uprooting Obamacare (Plans A and B crashed on Wednesday), but it would mark some progress.  If such a bill is approved by the upper chamber, the next big question would be whether it heads to a conference committee with members of the House -- or if the House simply considers it for passage.  That decision may be driven by what the final product looks like, and whether it could stand alone as a deeply imperfect but acceptable conclusion to this legislative saga (as opposed to something that is clearly just a vehicle to get to the next stage).  One well-placed source argued that a conference committee would at least offer a chance for lawmakers to receive pending CBO scores on key proposals, which could potentially help "fatten" up a skinny bill.  The bicameral conference panel would use previous votes and statements to try to hammer out a compromise document that could garner majority support in each body.  If and when that piece of viable legislation is finalized, it would be sent directly to the floor of the House and Senate.

But to even arrive at those potential forks in the road, the Senate first must pass a bill.  Can McConnell bring people like Susan Collins and Lisa Murkowski on board for a "skinny" repeal?  On one hand, they both voted against even Tuesday's motion to proceed.  On the other, they stood with the party to defeat various Democratic motions yesterday.  The latter is an encouraging sign for McConnell; the former is not.  Also, if some moderates are wooed into the fold, would that mean that strong conservatives would walk away, dissatisfied with the party's abandonment of a broader repeal?  Perhaps, but here's Rand Paul -- who's been one of the staunchest voices against any approach that falls short far-reaching repeal -- talking up a "skinny" bill:

The “skinny repeal” strategy on Obamacare is a victory for the tea party and transparency https://t.co/YQlv0mLb3m

Do Senators like Ted Cruz and Mike Lee agree?  Nobody knows precisely how the 50-plus-one "Plan D" solution might shape up, but one obvious staple would be the repeal of Obamacare's individual mandate.  Right-leaning wonkish types like Avik Roy and Ross Douthat are making the case that this move alone is defensible on constitutional and policy grounds:

One key area of agreement is repealing Obamacare’s individual mandate. Obamacare gave the federal government a heretofore unprecedented power: the power to force us to buy health insurance irrespective of our desire to do so. If Senate Republicans can’t get a full health-care bill passed, they should at least pass the so-called skinny bill repealing the individual mandate...Republicans, for both moral and economic reasons, oppose this mandate. The framers of the Constitution never envisioned granting Congress the power to force people to buy a privately delivered financial service. The Constitution never would have been ratified had they tried...In effect, the “death spiral” that the individual mandate was supposed to prevent has already happened for those making more than two to three times the federal poverty level: the working poor and the lower middle class. Those closer to the poverty line get generous subsidies under Obamacare to offset rate shock, but the middle class doesn’t. By repealing Obamacare’s individual mandate through narrow legislation, conservatives would strike a blow for constitutional rigor and economic freedom. By resetting the CBO’s coverage baseline, mandate repeal would allow a future replace bill to be scored more fairly. After all, if you’re voluntarily choosing not to buy insurance in the absence of a fine, you haven’t been “kicked off” your insurance.

... and lessens burden on middle class ppl in individual market who right now have to choose btw plans that exceed their budget and a fine.

One concern I have is that a "skinny" bill repealing the mandate must also include some mechanism to fend off the full-blown individual market death spiral, which would result from the combination of lifting the requirement to buy insurance while also leaving Obamacare regulations like guaranteed issue and community rating intact.  If healthy people know that carriers must sell them "insurance" at the same price as everyone else after they get hurt or sick, risk pools will be overwhelmed by sicker consumers.  That unsustainable adverse selection flaw is already killing Obamacare.  Exacerbating it by further encouraging free riding would be reckless.  How to achieve that within the bounds of reconciliation's 'Byrd Rule' framework is a critical question, CBO's bizarre, empirically indefensible obsession with Obamacare's individual mandate notwithstanding.

Beth Baumann
Thread: Was This the Real 2020 Democratic Plan, which got Blown Up with Ruth Bader Ginsburg’s Death?
Matt Vespa