Analysis: If We Really Want to Get to the Bottom of the Russia Matter, Trump Isn't the Only Story 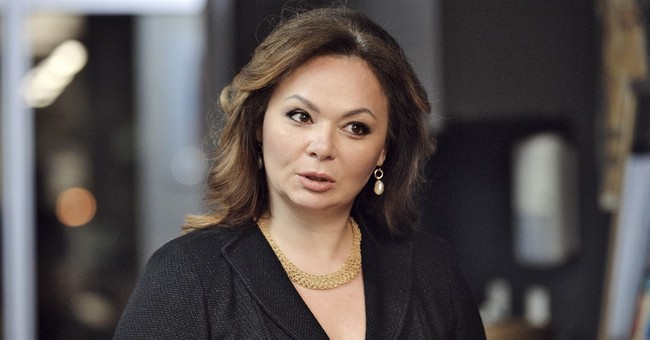 Before you start calling me a Trump apologist on Russia, read this post and this one.  I emphatically am not, much to the chagrin of some our our readers.  The Trump administration has a metastasizing credibility problem that deepens every time their public account shifts, or a previously-unknown detail (which many people assume was intentionally concealed) comes to light.  Figures at the highest levels of Team Trump, led by the candidate's son, willfully met with a foreign national whom they believed to be in possession with damaging intelligence on their opponent.  Donald Trump, Jr., and possibly the others, entered the encounter under the belief that the woman across the table was an agent of the Russian government, acting on behalf of the Kremlin to assist the Trump campaign.  And then he denied that any such meeting had ever taken place, only confessing otherwise when the media caught wind of it and went public.  Those are facts, and they're not good.

Nevertheless, there are other elements to this story -- and the wider controversy -- that ought to be explored, even if Democrats aren't as eager to talk about them.  If we are genuinely concerned about learning all the facts about foreign interference in our elections, we can't exclusively focus on the (ample) parts of the story that reflect poorly on Donald Trump and his associates.  For instance, what were the motivations of the female lawyer who was central to that infamous June meeting?  Why did the Obama administration grant her access to the country, even though her expired visa extension was rejected?  I'm not suggesting that high-level Obama officials conspired to let her in as part of some plot (it very well could have been a bureaucratic decision made much farther down the chain).  But asking why and how she was in the US, where she linked up with a former Soviet counterintelligence officer and dual US citizen, are questions worth asking.  Was she working at the behest of the Russian government, perhaps to make initial overtures and take the room's temperature for potential future collusion?

And not to get overly conspiratorial, might she have been a key player in some sort of set-up designed to entrap senior Trump officials in some way -- and if so, who was behind it?  That possibility may not be as far-fetched as it might sound.  (Note: Even if it was a trap, Trump Jr took the bait of his own volition).  On this point, what should we make of her known connection to Fusion GPS, a Democratic opposition research firm responsible for commissioning the notorious and dubious anti-Trump dossier primarily compiled by a former British spy?  Here's Erick Erickson:

Prevezon [a Russian company hit by US sanctions despised by Putin] hired Natalia Veselnitskaya, the lawyer who subsequently met with Donald Trump, Jr. Prevezon also hired Rinat Akhmetshin, described by Senator Chuck Grassley (R-IA) as a former Soviet counterintelligence officer who specialized in disinformation and propaganda campaigns. Akhmetshin also retained Veselnitskaya as lawyer for a third party group that claims to be a Human Rights group. Prevezon and Akhmetshin also worked with a Democrat opposition research group called Fusion GPS...According to Senator Grassley, who wants Fusion GPS’s executives to testify to Congress, “Fusion GPS was apparently simultaneously working on the unsubstantiated dossier alleging collusion between Trump presidential campaign associates and Russia” while also working with Prevezon to overturn the Magnitsky Act. Suddenly it seems more than a coincidence that Prevezon’s lawyer, Natalia Veselnitskaya, has a meeting with Donald Trump, Jr. at the time Fusion GPS is putting together a dossier claiming the Trump campaign had been meeting with Russians.

This week’s revelations about Donald Trump Jr.’s meeting with a Russian lawyer have shined a new spotlight on a small Washington opposition research firm that worked with her on a legal case for years and then subsequently commissioned a dossier full of salacious allegations of the Russian government’s attempts to collude with the Trump presidential campaign. The firm, Fusion GPS, will be one subject of a Senate Judiciary Committee hearing next week that was planned well before the story broke of Trump Jr.’s June 2016 meeting with Russian lawyer Natalia Veselnitskaya. Fusion GPS says it had no involvement in the meeting although it did work on a lawsuit that involved Veselnitskaya for more than two years. The firm’s work on the Trump dossier was on a different timeline.

The co-founder of Fusion GPS, the Democratic oppo group, has declined the Senate's invitation to testify under oath next week. Perhaps it's time for a subpoena to make his appearance compulsory, not voluntary.  Let me stress that there's no smoking gun here at all, and we should proceed with caution -- which has been my advice throughout this entire imbroglio.  But we cannot simply assume that there's 'nothing to see here' regarding the known fact that the woman in that Trump Jr meeting has established ties to the Democratic organization that commissioned the anti-Trump, Russia-related dossier.  That seems...odd to me.  If there's any credible evidence linking Democrats to the Russians, or an effort to ensnare Trump's campaign in a compromising position vis-a-vis Russia, that should be fodder for the special counsel investigation.  I trust Robert Mueller is on it.

Two 'on the other hand' counter-points: First, if the Democrats successfully goaded senior Trump officials into doing shady things with the Russians in order to use it against Trump in the campaign (Hillary called him Putin's "puppet" in a nationally-televised debate), why didn't they leak the meeting, or the email chain, before the election?  In other words, if this was a Democratic set-up, as Erickson tentatively concludes, why didn't they pull the proverbial trigger?  Second, unlike the timing of this "coincidence," which I don't find especially compelling, this one raises my eyebrows.  Allahpundit's analysis of it is solid, running through the various scenarios, including my (and this former CIA officer's) theory that Ms. Veselnitskaya was a Moscow cut-out priming the pump for possible collusion by gauging the Trump campaign's interest in accepting anti-Hillary information.

Last point: As I mentioned Thursday night, while I'm appalled by the notion of American campaigns coordinating with foreign governments or entities to win a domestic election, Democrats who are horrified by the escalating allegations against Trump can't just pretend that their own history of similar or related conduct doesn't exist.  One such example was from the 2016 election, and the nexus of a DNC operative and the Ukrainians, whose joint opposition research on Trump was "occasionally shared with officials from the DNC and Clinton's campaign."  The Daily Beast has published a "debunker story," confidently dismissing this pro-Trump talking point as "BS."  They call the argument "shockingly weak," relying on "deliberate misrepresentation, wishful thinking, and bizarre false-equivalence."  Their primary evidence?  Uh, the word of Democrats:

I'm sorry, but this is not even close to an airtight rebuttal. Just because the DNC consultant claims she wasn't officially representing the DNC with the Ukrainians doesn't make it true, nor does it make it relevant. The Ukrainian government (whose interests are obviously more aligned with America's than Russia's) was knowingly partnering with a DNC researcher, who passed along their joint work to the DNC and the Clinton camp. An anonymous denial that the Democrats never used any of it is laughably thin. Some of Trump's defenders are surely overplaying their hands by trying to draw a full equivalency here -- which doesn't add up -- but I'm not. I don't see the Ukraine situation as the "bigger bogeyman." I do see it as a documented example of the Democrats working with a foreign government to politically wound their opponent, which we are told ought to be totally verboten. I don't disagree with that conclusion, but I do see inconsistency on the Democrats' part, and the Daily Beast column explaining it away isn't persuasive.