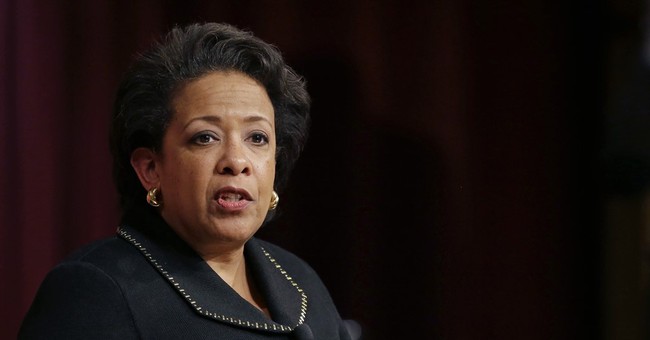 New information surrounding Russian "crown prosecutor" Natalia Veselnitskaya, the woman who met with Donald Trump Jr., Trump campaign chairman Paul Manafort and now White House Senior Advisor Jared Kushner at Trump Tower in June 2016, is raising serious questions about how she got into the U.S. at all.

Six months before the June meeting, which Trump Jr. agreed to after being offered damaging information about Hillary Clinton as part of the "Russian government's support" for his father, Veselnitskaya was denied entry into the U.S. A few months later, she was granted rare entry by the Department of Justice under Attorney General Loretta Lynch. Veselnitskaya argued her entry to the U.S. was crucial in order to carry out her legal work for a Russian firm in New York City, yet engaged in a number of other projects or interests during her time in the U.S.

With this revelation, Lynch is backing away from the situation and denying knowing anything about it. From The Hill:

In a statement, a spokesperson for Lynch said the former attorney general “does not have any personal knowledge of Ms. Veselnitskaya's travel.”

The U.S. Attorney’s office in New York told The Hill that it let Veselnitskaya into the country on a grant of immigration parole from October 2015 to early January 2016 after her initial request for a visa had been denied.

Court records show that when Veselnitskaya sought permission to extend her stay, the U.S. attorney at the hearing told the judge that the special visa the Russian lawyer received was part of a “discretionary act that the statute allows the attorney general to do in extraordinary circumstances.”

The U.S. attorney described the grant of parole immigration as extremely rare.

Meanwhile, Obama administration officials from a number of agencies are shifting the blame for the situation.