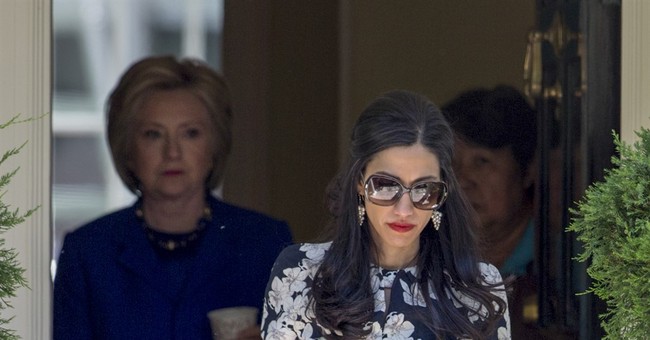 Katie covered James Comey's testimony before the Senate Judiciary Committee yesterday, during which the FBI Director defended his decision to inform Congress of the Bureau's re-opened Clinton email probe in October. He also averred that Russia is still actively seeking to undermine faith in the US political system, declined to comment on the status of an active investigation into Russia's 2016 meddling and alleged (but unproven) coordination with the Trump campaign, and wouldn't confirm the existence of a separate investigation into unlawful national security leaks targeting the Trump administration.

Under questioning from Democrats on the panel, Comey explained (persuasively, in my view) why he chose to disclose new developments in the Clinton email saga so close to Election Day, and swatted down the premise that he wrongly interfered publicly on that issue while remaining mum on another probe with reaches into Trump's campaign and orbit. In the course of laying out why he felt compelled to make Congress aware of late-breaking developments related to Mrs. Clinton's unsecure email scheme, Comey revealed that FBI investigators discovered thousands of previously-undisclosed Clinton emails on the private laptop of disgraced former Congressman Anthony Weiner, who is married to longtime Hillary confidante Huma Abedin. We now know that this trove of emails -- which agents suspected might include some never-recovered messages from early in Clinton's tenure at the State Department -- included classified material that had no business being on that computer:


As Katie wrote, Comey conceded that Abedin forwarding classified emails to an unsecure computer (Lord knows what sort of spyware may have been lurking on Anthony Weiner's laptop) operated by someone without proper clearances was a violation of the law:


"It would be illegal if he didn't have appropriate clearance," Comey said at another point in the hearing. "I don't believe at the time we found that on his laptop he had any kind of clearance." So why wasn't Abedin charged? For the same ostensible reason Hillary wasn't: They couldn't prove intent to break the law (although in Hillary's case, the very existence of the private server and her many lies about it offer more than adequate evidence of intent). In other words, the conduct was clearly and grossly negligent, but not verifiably intentional. But, as we've dealt with before, the relevant law here does not require proof of intent:

One could easily argue that someone in Abedin's position had a duty to know that casually forwarding ahead sensitive emails to a non-secure computer for printing was a big no-no, yet she did so anyway, repeatedly, for purposes of convenience. But based on the text of the statute above, even if you could conclusively demonstrate that she didn't know this conduct was illegal, she'd still be on the hook. Writes Allahpundit, "Comey decided last summer that it doesn’t matter what the federal statute actually says; Congress can write whatever laws it wants but when it comes to applying them, prior DOJ practice will guide the FBI in recommending charges, not the text of the law. And DOJ practice requires proof of knowledge or intent, not mere gross negligence, to justify filing charges, never mind that no one as high up as a Secretary of State had ever been credibly accused of violating this particular statute before. If Hillary’s gross negligence wasn’t enough to get her charged, then Huma’s gross negligence isn’t enough either."  Bingo.  That's exactly the standard Comey applied to both women here.  AP also links to an NRO post that made the rounds on social media in which David French relays his firsthand knowledge that this benefit-of-the-doubt generosity wouldn't be extended to the little people of the US military:

As I’ve written before, I served in the military, handled classified information, and helped investigate possible violations of laws and regulations governing classified documents. Here’s what I know beyond a shadow of a doubt — if a soldier had sent classified documents to his wife “to print out” his best legal outcome would be a one-way ticket to a dishonorable discharge. His worst outcome would be jail. Let’s not forget, Hillary and her entire team (including Abedin) were bound by law to protect both marked and unmarked classified information. Moreover, Hillary and her entire team were hardly neophytes. They’d been exposed to classified information for years. They knew exactly the types and categories of information that were typically classified, and they knew how they should handle that information. But Abedin forwarded emails for printing anyway. But Hillary stored messages on her homebrew server anyway. No wonder Hillary lied so loudly and frequently about her emails. The truth was too devastating (and incriminating) to tell.

Correct on all counts, especially the handy reminder of why Clintonworld's "unmarked" excuse (which was also more flagrantly bogus in other ways) never held water.  All of which is to simply reiterate that James Comey didn't cost Hillary Clinton the election. He was a factor in the first place due to the illegal and indefensible actions of the Democratic nominee and her top staff, who endangered national security.  If anything, Comey's tortured legal reasoning not to recommend criminal charges was a major gift to Clinton's campaign.  Finally, I'm no lawyer, but isn't this yet more verification of another illegal act?

Flashback: Huma Abedin swore under oath that she'd turned over "all devices" relevant to email probe...https://t.co/VZBd5GHiq7


Are we also to conclude that Abedin "accidentally" withheld or failed to disclose a device to which she habitually forwarded thousands of emails, including classified ones?  I'm not advocating the re-litigation of this whole matter all over again (although the lack of consequences over national security recklessness and dishonesty is troubling), but the fact that Clinton and Abedin were allowed to slide on their egregious misconduct further underscores how ridiculous the Left's scapegoating of Comey really is.