Comey: I Wouldn't Change My Decision to Announce Reopening of Clinton Investigation Days Before The Election 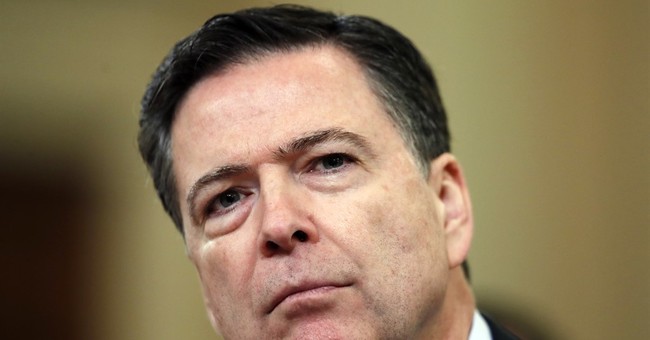 Testifying in front of the Senate Judiciary Committee Wednesday, FBI Director James Comey said he would not change his decision to publicly announce the reopening of the criminal investigation into Hillary Clinton just days before the 2016 presidential election.

On October 27, 2016, Comey announced the probe into Clinton's private email server was being reopened after thousands of emails connected to her private Blackberry domain, many which contained classified information, were found on former Congressman Anthony Weiner's laptop. Weiner is married to longtime Clinton aide Huma Abedin and was under a separate FBI investigation for allegedly sending explicit sexual photos to minors online. The FBI believed the emails could have been thousands of missing emails from Clinton's first three months as Secretary of State, which were deleted and never recovered.

"Having repeatedly told this Congress we are done and there is nothing there, there's no case there, to restart in a hugely significant way, potentially finding her emails that would reflect on her [Clinton] intent from the beginning and not speak about it would require an act of concealment in my view," Comey said. "I stared at speak and conceal. Speak would be really bad, there's an election in 11 days, lordy that would be really bad. Concealing in my view would have been catastrophic, not just to the FBI but well beyond and honestly, as between really bad and catastrophic, I said to my team we have to walk in the world of really bad. We have to tell Congress that we are restarting this, not in some frivolous way, in a hugely significant way."

"We have to ask ourselves, what is the right thing to do and then do that thing. I'm very proud of the way we debated it and at the end of the day, everyone on my team agreed, we have to tell Congress we are restarting this in a hugely significant way," Comey continued.

Comey added that it is not his job to calculate the political implications of FBI decisions, including in this high profile case.

"I can't consider for a question whose political fortunes will be effected in what way," Comey said. "Look, this was terrible. It makes me mildly nauseous to think that we may have had some impact on the election, but honestly it wouldn't have changed the decision."

Comey said because the reopening of the investigation didn't find any ill intent on Clinton's behalf, the original July 2016 decision not to recommend her for prosecution went unchanged.

Democrats on the Committee, including Ranking Member Dianne Feinstein, expressed disappointment in Comey's decision to provide the American people with new information about Clinton's email investigation before the 2016 presidential election.