Vanity, Fear: Why Trump Dropped Out of CPAC 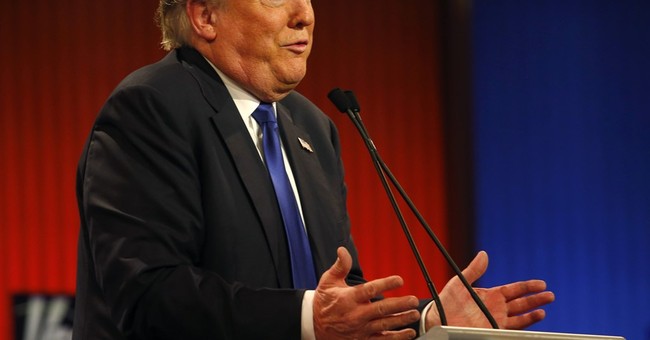 As Christine noted, Donald Trump has abruptly bailed on his Saturday morning CPAC appearance. Why? Despite having a sizable contingent of supporters here, this crowd seems to overwhelmingly support Ted Cruz and Marco Rubio, in that order. During last night's debate watch party, the large audience in the ballroom rained boos down on Trump throughout the evening, loudly cheering Cruz and Rubio's attacks on the frontrunner. After the debate, Trump joined a special edition of Hannity, whose titular host was broadcasting from the conference. When Trump was introduced as a guest, a large portion of assembled onlookers reacted negatively.  Let's face it: A man of Trump's inflated, fragile ego does not handle slights well. Having just defended the size of his dainty hands (and, surreally, his man-parts) from the debate stage unprompted, it seems likely that the controversial mogul couldn't stomach the prospect of getting heavily booed in a half-empty room (due in part to early start time and long security lines) tomorrow morning. Instead, a hasty decision was made to pull the plug. How do we know it was hasty? Because his campaign's press release explaining their excuse was rife with Trump University spelling:

Trump statement on not coming to CPAC pic.twitter.com/dsKwX0ddlr

He cares so deeply about the people of "Witchita, Kanasas," you see, that he couldn't be bothered to correctly spell either word. Basically, he "chocked."  In fairness, he loves the poorly educated; plus, serially misspelling tweets is kind of a Trump calling card at this point (quote: "I know words, I have the best words").  It's another matter altogether, however, to botch multiple words in a single-paragraph prepared press release. Especially when you supposedly have the "very best people" working for you, or whatever.  Here's how The Donald described what this election will be about last fall, reiterating a consistent and ironic theme he's emphasized for months:


"I think this is going to be an election that's gonna be largely based on competence."


In reality, skipping this conference in favor of more face time with voters ahead of five nominating contests this weekend isn't an irrational choice at all.  What makes Trump's decision problematic is that it solidifies fears among many conservatives that he'll simply dump them when he no longer needs them, it disappoints his hundreds of followers who spent good money to see him at CPAC (although he's demonstrated precious little compunction over thoughtlessly betraying people who trust him), and it reeks of an ego move, rather than a tactical allocation of campaign resources and time.  I'll leave you with this: