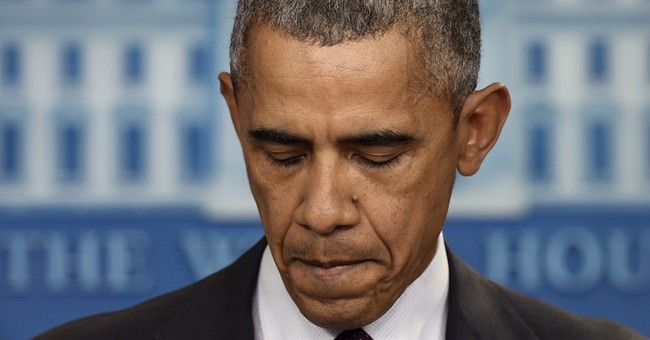 Last night's off-year elections produced a number of noteworthy outcomes, none larger than Republican Matt Bevin's upset victory in Kentucky's gubernatorial race. Bevin ran as a hard-charging outsider conservative, warts and all.  Public polls gave his opponent, Democrat Jack Conway, a modest but stable lead throughout the race's home stretch, averaging out to a three-point Conway advantage in a three-way contest.  They were off by double digits.  Bevin won handily:

Bevin wins by 8.7% with all precincts in. This wasn't even close #KYGOV


Bevin, boosted by a massive investment from national Republicans and help from his former nemisis Mitch McConnell, nationalized the race, tying Conway to President Obama at every opportunity -- on coal, on school choice, on social issues, and especially on Obamacare.  Democrats have cited Kentucky as a model of the law's success, touting its functioning exchange, improved insured rate, and the unequivocal support of the state's term-limited governor.  Here's the timeless advice he dispensed to his party as Kentuckians went to the polls yesterday:

Kentucky Gov. Steve Beshear says Democrats will run on Obamacare in 2016 and “pound the Republicans into dust.” https://t.co/hMV7QXCFpk


Oops.  Matt Bevin ran as an unflinching opponent of the promise-shattering, cost-increasing law, and pounded Beshear's would-be successor into dust.  Democrats reacted by chalking their loss up to the "unexpected headwinds of Trump-mania," a hilarious piece of trolling.  Also swept away by the anti-Obama current was a Democratic "rising star" seen by many as a viable challenger to Sen. Rand Paul.  Oops, again.  Bevin becomes just the second Republican governor of Kentucky in approximately four decades.  His Lieutenant Governor, Jenean Hampton, is the first non-white politician ever elected to statewide office.  A black woman. Elected by Republicans.  With Bevin's victory, Republicans are now set to control 32 governorships, compared to Democrats' 17 (Alaska's independent governor was opposed by Republicans, but endorsed by Sarah Palin).  Barack Obama has proven quite adept at getting himself elected, but has acted as a one-man wrecking ball to his party's electoral performance across all levels of government:


A few additional odds and ends from across the country:

Virginia: As Matt wrote last night, Republicans maintained a commanding majority in the House of Delegates, and defended their slim edge in the State Senate.  Clinton ally Gov. Terry McAuliffe and special interests poured prestige and millions of dollars into several key races in an effort to win back the upper chamber, focusing heavily on Obamacare's Medicaid expansion and gun control.  They lost.

Ohio: Voters overwhelmingly rejected ballot measures legalizing marijuana for both medical and recreational use.  Clearly, this issue is not yet a national winner, though even some legalization advocates have argued that Ohio's proposed regime would have established an unfair scheme benefitting privileged "cartels."

New Jersey: Outspent Republicans lost a handful of seats in the General Assembly, increasing Democrats' lower chamber majority to its largest level in 36 years -- probably not a headline that Chris Christie's presidential campaign wanted to see.

Maine: Portland voters rejected an increase to the minimum wage, and Republicans appear to have won two legislative seats in special elections.

Pennsylvania: Democrats won a clear majority on the state's Supreme Court, which will have major implications on a host of issues, including redistricting, for years to come.