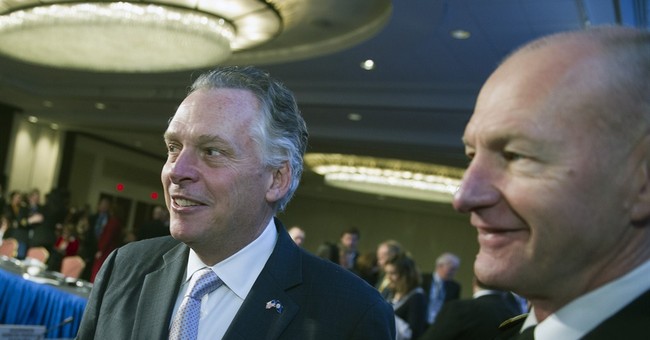 It’s all over, folks. Virginia Democratic Gov. Terry McAuliffe will have to work with a Republican state legislature for the remainder of his term in office. It looks as if Republicans will maintain their 21-19, two-seat majority in the Senate. Glen H. Sturtevant Jr. was able to hold District 10 for Republicans after Sen. John Watkins announced his retirement earlier this year. The Richmond Times-Dispatch considered the district “ground zero” in the fight for the upper chamber.

Over to the lower house, the House of Delegates is safely in Republican hands. With three races left to call, as of 10:45pm, the Virginia Voting Access Project found that the GOP would maintain their supermajority. It's now split 65-33.

Guy will have a more in-depth analysis on the Virginia elections, along with Matt Bevin’s surprise gubernatorial win in Kentucky. He’s the second Republican governor for the Bluegrass State in four decades.