CNN: 'Obama Promised Obamacare Wouldn't Do Exactly What Gruber Says it Will Do' 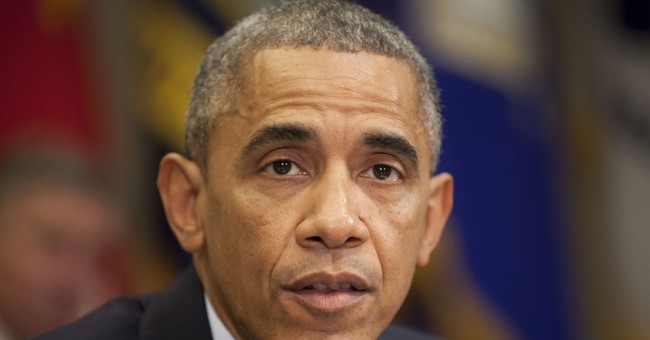 Earlier this year, Obamacare architect Jonathan Gruber was caught dead-to-rights in a brazen lie that undermines the White House's legal stance in a critical Supreme Court case. In recent days, the Gruber cancer has spread. A string of videos emerged showing the MIT economist spewing venom at Obamacare opponents, candidly confirming numerous conservative critiques of Obamacare (on cost containment, "keep your plan," taxes, and redistribution), and gleefully celebrating the law's lack of transparency -- which he deemed a great political boon to Democrats, by allowing them to deceive "stupid" American voters. Democrats have clumsily attempted to disclaim Gruber as one of their own, disavowing his comments, and trying to downplay his role in shaping their unpopular law.  They've been exposed as frauds at every turn.  Gruber wasn't just an influential insider throughout the entire process; he was arguably the central policy cog in the Obamacare wheel.  Fox's Special Report broadcast an excellent review of Grubergate earlier in the week, and now CNN's Jake Tapper has added another unsparing report into the mix:

At a town hall meeting where he campaigned for health care legislation in 2009, President Barack Obama pledged to voters that he did not want any tax on health insurance plans he perceived as wastefully generous to ever impact average Americans. But in recent comments by one of the men who helped draft the legislation, MIT economist Jonathan Gruber, that is not only precisely what will happen -- but that was the intention of the tax. White House officials had no comment, despite repeated requests by CNN...Gruber said the only way those pushing for Obamacare could get rid of the tax subsidy for employer provider health insurance was to tax the more generous, or Cadillac, plans -- "mislabeling it, calling it a tax on insurance plans rather than a tax on people when we all know it's a tax on people who hold those insurance plans." The second way was have the tax kick in "late, starting in 2018" and have its rate of growth tied to the consumer price index instead of to the much higher rate of medical inflation. Eventually, the 40% tax on the more expensive plans would impact every employer-provided insurance plan..."This was the only political way we were ever going to take on one of the worst public policies in America." By 2018, Gruber said, those who object to the tax will be obligated to figure out how to come up with the trillion dollars that repealing the tax will take from the U.S. Treasury, or risk significantly adding to the national debt. This is obviously exactly what Obama told voters in 2009 he had "taken off the table."


This White House embraces means-to-an-end lying, so "no comment" is about the best they can do.  Meet the Press host Chuck Todd, meanwhile, is suggesting that Grubergate is a Beltway "process" story that normal people don't care about, quasi-excusing the mainstream media's lack of feeding frenzy coverage.  The "process story" rule of thumb is true more often than not in DC, but I think there are some important distinctions in this case.  First off, there's the video of a top architect explicitly applauding the "lack of transparency" that allowed the law to pass, and disdaining the "stupidity" of normal people.  Boasting about lying and openly sneering at regular folks tends to strike a nerve.  That's personal, not process.  Secondly, this is a very unpopular law that is still actively hurting people (many more than it's helping, according to polls) and betraying promises.  Gruber admits in these clips that many more painful betrayals are on the way.  So this controversy amounts to another big strike against a law that most people already oppose.  That's very much relevant.  Finally, Gruber's comments may factor into SCOTUS' decision on federal subsidy eligibility, which has the strong potential of throwing the law into further chaos.  Should that occur, Gruber has provided Republicans with lots of ammunition for the inevitable political brawl in the ruling's aftermath.  I discussed one possible game plan for the GOP within that scenario here.