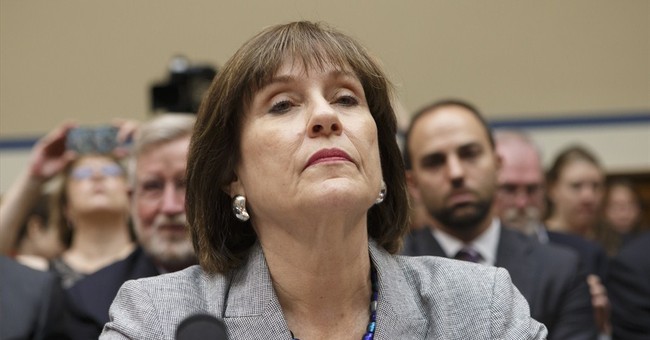 Katie covered this Politico report yesterday, but it merits revisiting -- especially as the IRS mounts a defense of itself on Capitol Hill this morning. Consider the statements in bold:

Ex-IRS official Lois Lerner’s crashed hard drive has been recycled, making it likely the lost emails of the lightning rod in the tea party targeting controversy will never be found, according to multiple sources...“We believe the standard IRS protocol was followed in 2011 for disposing of the broken hard drive. A bad hard drive, like other broken Information Technology equipment, is sent to a recycler as part of our regular process,” an IRS spokesman said in response to a query from POLITICO...On Wednesday, the White House retorted that for the time frame in which Lerner’s emails are missing, there are no direct communications between 1600 Pennsylvania Ave and the now-retired Lerner. Earlier this week, Ways and Means Republicans said as many as six IRS employees involved in the scandal also lost email in computer crashes, including the former chief of staff for the acting IRS commissioner.


Never mind the IT professionals who've stepped forward to cast heavy doubt on the notion that years' worth of government emails could be entirely lost in today's technological age. Never mind the IRS commissioner's intriguing testimony in March. Let's put those arguments off to the side for now. Agency bureaucrats are arguing that they can't comply with Congressional investigators' subpoena for Lois Lerner's hard drive because it was discarded, in accordance with "standard IRS protocol." It is beyond rich for the IRS public relations team to try to present the agency as sticklers for adhering to required operating procedures. The entire reason Congress asked for the hard drive at all is because the IRS claims many Lerner emails were stored on it, and nowhere else. That explanation means that the IRS utterly failed to comply with -- wait for it -- "standard IRS protocol" on records maintenance. Rooted in federal law, IRS guidelines require that virtual copies of all official emails be permanently and separately stored, in addition to hard copy records (the IRS commissioner has been arguing today that official emails don't count as official records). Neither of those requirements were apparently met with Lerner's emails. The agency basically admits to blowing off protocols in losing Lerner's emails, and now has the gall to hide behind protocols in defending their decision to dispose of the busted hard drive. "Self-serving" doesn't even begin to capture it -- especially since IRS officials waited until this week to inform Congress that the emails (supposedly) aren't retrievable. Investigators' request has been pending for more than a year.


As for the White House's assertion that there were "no direct communications" between the White House and Lerner during the time frame in question, pardon me for not just taking their word for it. The White House's story about when and how it first learned of wrongful IRS targeting shifted multiple times last spring. President Obama repeated long-debunked claims about the nature of the targeting earlier this year. And the White House withheld relevant, narrative-busting Benghazi emails from Congress after claiming everything had been turned over. I made several of these points with Gretchen Carlson on Fox News:

I'll leave you with Nancy Pelosi's big solution to all of this:


A lack of "new technology" had nothing to do with the targeting itself, which is the core scandal. And if -- if -- outmoded email storage technology was the decisive factor in losing Lerner's emails, it was only because required safeguards were disregarded.