Report: Lois Lerner's Hard Drive Has Been "Thrown Away" 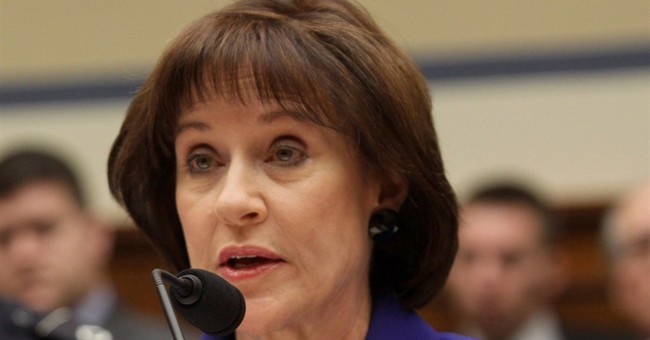 According to a report published late last night in POLITICO, the hard drive belonging to Lois Lerner where the IRS claims her emails to outside agencies and groups like the White House, Department of Justice, FEC, Democrat members of Congress, etc. were stored has been...destroyed.

Ex-IRS official Lois Lerner’s crashed hard drive has been recycled, making it likely the lost emails of the lightening rod in the tea party targeting controversy will never be found, according to multiple sources.

“We’ve been informed that the hard drive has been thrown away,” Sen. Orrin Hatch of Utah, the top Republican on the Finance Committee, said in a brief hallway interview.

So now the IRS wants us to believe Lerner's emails were only stored on her personal hard drive? And not on a backup server somewhere? Come on. Further, why is it that Lerner has emails to employees in the IRS, but her hard drive just happened to "crash" between January 2009-April 2011 and only on the emails to outside sources?

Chairman of the House Oversight Committee Darrell Issa didn't buy the excuse when the "lost" emails were announced late last week. Now he's implying the emails were deliberately made to disappear, which is a violation of federal law.

"If the IRS truly got rid of evidence in a way that violated the Federal Records Act and ensured the FBI never got a crack at recovering files from an official claiming a Fifth Amendment protection against self-incrimination, this is proof their whole line about 'losing' e-mails in the targeting scandal was just one more attempted deception," Issa said in a statement to Fox News. "Official records, like the e-mails of a prominent official, don't just disappear without a trace unless that was the intention."

The latest news suggests such professionals may never get the chance to try again — and the IRS has even said its criminal investigators who specialize in rebuilding hard drives to recover hidden information from criminals were unable to restore the data back in 2011.