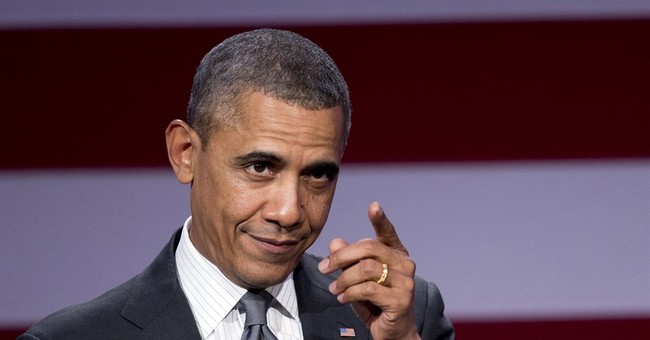 It's an article of faith on the "pro-empiricism" Left that Obamacare cannot, does not, and will not have a negative impact on the US economy and job market. They cling to this dogma in spite of ample evidence to the contary, including (a) the recent CBO report, which stated that the healthcare law will reduce the American workforce by the equivalent of 2.5 million full-time workers and has slowed both job and economic growth, (b) surveys of business owners who confirm they've imposed hiring freezes, reduced hours and laid off workers because of Obamacare, (c) reports and analyses from government economists, and (d) the administration's own tacit admissions revealed by its parade of delays and exemptions. And since the Left loves governance via emotional anecdotes and victim parades (except when the Right uses similar tactics, in which cases it's all a giant lie), here's a real-world manifestation of the data cited above. The owner of this pet care business would like to add two locations, but the new healthcare mandates have stifled that plan. Goodbye, jobs:


"[The survey of businesses] says healthcare costs is the biggest concern for employers...nearly 60 percent of businesses have increased costs to their business or employees as a result of the Affordable Care Act."


This should come as no surprise. As we reported earlier in the week, new projections from the Obama administration's anticipate that roughly two-thirds of small businesses will experience higher costs as a result of the "Affordable" Care Act, precisely the opposite of what Democrats promised. Speaking of violated pledges, Democrats have endlessly repeated their 2011 "lie of the year" to impugn Paul Ryan's bipartisan plan to reform and save Medicare from insolvency. Republicans want to cut and kill Medicare, you see. But that cynical and irresponsible narrative hit a road bump when Democrats voted en masse to slash more than $700 Billion from Medicare in order to partially fund a brand new healthcare entitlement program in Obamacare. They screeched that this wasn't the case, but CBO and CMS officials confirmed Republicans' counter-attack. Not only did Democrats vote to put the cuts into motion, they separately voted to sustain them, voting down GOP attempts to unravel them. Now that those cuts are about to start knocking on seniors' doors in an election year, Democrats are "suddenly" worried about them. They should be. Their party is squarely responsible for what's happening, and numbers like this will make for excellent attack ad fodder:


America's Health Insurance Plans (AHIP), a trade group, blasted the reductions with a report Thursday finding that beneficiaries could pay as much as $900 more in 2015 if the cuts take effect. The report by consulting firm Oliver Wyman concluded that Medicare Advantage (MA) plans could see a 5.9 percent total cut to their payments next year as a result of changes proposed by federal health officials.


Let me reiterate that conservatives are not opposed in principle to reducing the federal government's Medicare expenditures, and they should generally resist employing Democrats' cheap demagoguery to score temporary political points. Reforms are urgently needed to stave off the debt tsunami that's headed our way, and to save the program. Republicans can, however, attack Democrats on this front with clean consciences because Obama Reid and Pelosi raided Medicare in order to partially pay for yet another new, unaffordable program. They weakened Medicare to prop up an additional entitlement that Americans didn't want. And they accused Republicans of lying about it -- before abruptly changing their tune now that those cuts are imminent. Blast away. The ground is fertile: