Benghazi Whistleblower: I've Been Punished for Speaking Out 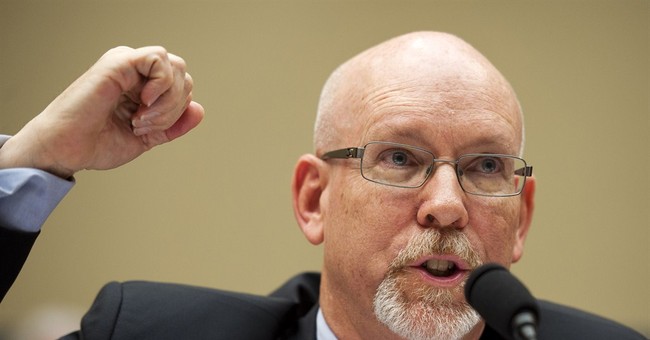 Gregory Hicks is no stranger to regular readers.  The State Department official, who was second-in-command to murdered Amb. Chris Stevens in Libya, was one of the star witnesses during the House Oversight Committee's Benghazi hearings this past spring.  Visibly frustrated by the lack of accountability over last year's deadly attacks, Hicks appeared on ABC News to share his story.  America Risingcollected the highlights of his interview with George Stephanopolous, including Hicks' assertion that former Secretary of State Hillary Clinton assigned Stevens to man the under-protected diplomatic post, despite documented security risks.  He also reiterated that he personally and "immediately" informed State brass that the raid was an act of terrorism:


And yet the White House deliberately trotted out and stuck to false talking points about the nature and cause of the attack for weeks.  Internal emails have revealed that the counter-factual  narrative was concocted by members of the State Department's "building leadership," who wanted to avoid political criticism for their security failures.  Two of the players most responsible for perpetrating this fallacious storyline have been rewarded by President Obama with promotions.  Hicks also says that he's been "shunted aside" because of his truth-telling:


Other Benghazi witnesses have allegedly been forced to sign non-disclosure agreements, and the CIA has engaged in "unprecedented" polygraphing techniques to ensure that certain secrets remain tucked safely away.  Zero arrests have been made in connection with the attacks, which were carried out by dozens of jihadists -- several of whom we identified and located months ago.  (Might many of them neverface justice?)  Also, the token handful of State Department officials who were punished over Benghazi have been reinstated.  Numerous questions sit unanswered, as the administration's stonewall endures.  A final note:  The Benghazi massacre occurred in the aftermath of a poorly-conceived US intervention in Libya (over which the president defied his own lawyers).  In essence, we helped remove a bad guy from power, leaving a chaotic and dangerous state in his wake -- and our diplomats eventually paid the highest price.  We still don't fully understand what happened in Benghazi nearly one year ago, yet we're on the doorstep of launching another effort, this time against the Syrian regime.  President Obama is undertaking a full-stop media blitz today, and will address the nation tomorrow evening.  There are some good reasons to strike Assad's forces, and there are many compelling reasons not to.  The American people, and an emerging majority in Congress, appear inclined to take the latter point of view.  Obama has a tall task before him.