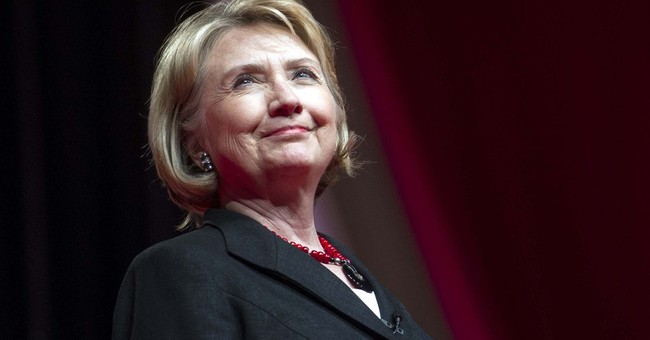 In the aftermath of the deadly 9/11 terrorist attacks in Libya that claimed the lives of Amb. Chris Stevens and three other Americans, then-Secretary of State Hillary Clinton placed four State Department employees on administrative leave.  After examining said disciplinary action, Clinton's successor has determined that none of the employees merit any further sanctions.  In fact, they've been informed that they're welcome to return to their posts at Foggy Bottom, starting today (via the Daily Beast):

Secretary of State John Kerry has determined that the four State Department officials placed on administrative leave by Hillary Clinton after the terrorist attack on the U.S. mission in Benghazi do not deserve any formal disciplinary action and has asked them to come back to work at the State Department starting Tuesday...After consideration, Kerry reaffirmed the ARB’s finding that no employee breached their duty or should be fired but rather that some should be reassigned, the official said. The four individuals are not blameless and the fact that they will not be returned to the same positions is relevant, the official said.

Among those granted a reprieve is Charlene Lamb, who infamously and surreally told the House Oversight Committee that the US had the "correct number" of security assets in Benghazi.  Back to work, Charlene.  You may recall that another one of these officials -- all of whom have been receiving paychecks throughout their 'penalty box' confinement -- has strenuously and publicly denied any wrongdoing, going so far as to suggest that higher-ups at State set him up as a fall guy to protect themselves:

The Daily Beast's Josh Rogin reports that Maxwell's non-firing firing "seems to conflict with the finding of the ARB that responsibility for the security failures leading up to the Sept. 11, 2012 attack on the U.S. mission in Benghazi should fall on more senior officials." ... Maxwell is a mid-level career employee who was planning to retire in September.  Now he's mired in disciplinary limbo; still drawing a paycheck, but not permitted to enter the building.  He now believes Sec. Clinton's allies selected him as a suitable fall guy for their mess.  He says they've been trying to get him to agree to "go away," reportedly going so far as to withdraw an initial arrangement to effectively reinstate him once the Benghazi controversy "blew over."


One of the principal actors behind these machinations was Cheryl Mills, Hillary Clinton's chief of staff and long-time loyalist.  It was also Ms. Mills who warned Benghazi whistleblower Gregory Hicks not to cooperate with Congressional investigators.  When he defied those orders, she lambasted him.  Hicks was later demoted.  Back to today's Daily Beast story:


A senior State Department official confirmed to The Daily Beast Monday that all four officials placed on administrative leave were now returned to regular duty and would not face any formal disciplinary action. The administrative leave designation was not a formal punishment, but did prevent the officials from working while the Kerry team, which inherited the Benghazi issue from the Clinton team in February, reviewed their cases.  “As soon as he came into the department, Secretary Kerry wanted to invest the time to review the ARB's findings and match those against his own on-the-job findings about security,” the senior State Department official said. “He's been hands-on focused on building on the lessons learned from the Benghazi attack to strengthen security at missions world-wide and continue the ARB's security paradigm shift.”  As part of this process, Kerry asked his high command to complete a thorough review of the ARB’s findings.

On the issue of diplomatic mission security, Kerry inherited an inexcusable mess from Hillary.  If he's taking a "hands-on" approach to improving the indefensible status-quo, that's a positive development.  But didn't the administration and its allies insist that the ARB's findings were the end-all-be-all of Benghazi investigations?  That assertion was employed to discredit Issa's probe into the attacks, and eventually morphed into the insulting "phony scandals" talking point.  Now we know that Kerry reviewed the "unimpeachable" ARB review, then unraveled Hillary's disciplinary action, which was cynical window-dressing to begin with.  To recap: Nearly a full year after the lethal raid, (a) none of the dozens of attackers have been apprehended or dealt with, (b) numerous high-risk diplomatic missions remain woefully unsafe, (c) long-standing questions remain unanswered, as very serious new ones arise, (d) two of the central players in the cover-up have been promoted by the president, and (e) even those few government officials nominally "punished" for this disgraceful meltdown have been reinstated.  Zero accountability.  Zero.   Parting thought: "Inconsistent, conflicting, inaccurate."
UPDATE - Video added: