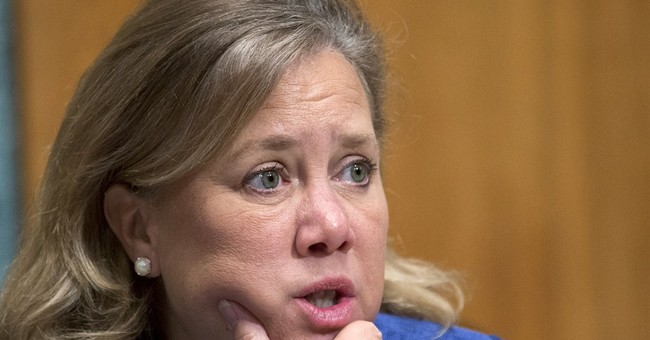 It's always campaign season.  The National Republican Congressional Committee (NRCC) has been active on the air since at least the early spring; this week, their hammering away at Georgia Democrat John Barrow -- whom they see as one of their top targets to unseat next fall.  Barrow was one of nearly three dozen Democrats who voted against final passage of Obamacare in 2010, but has since rebuffed several GOP efforts to repeal and defund the law.  Ad, cut:


Barrow's defenders will counter that he opposed the law in the first place and has supported some repeal efforts.  But if he's committed to representing his constituents' wishes by undoing a law he opposes, why has he flip-flopped on the law?  Liberals also like to deride House Republicans for their dozens of repeal votes, as if the GOP engages is fruitless tantrum votes over and over.  MKH put the lie to that ignorant ridicule last year:

The fact is this is only the second vote on total repeal, the first one coming in January of 2011 after Americans elected a wave of 63 new Republicans to, you know, repeal ObamaCare. Both votes for full repeal, in 2011 and 2012, were more bipartisan than the vote to pass ObamaCare, with three and five Democrats crossing over to the Republican side, respectively. And, I know we all love when we can work together, across the aisle, to get things undone. Beyond that, many of the votes on the Washington Post’s list feature far more Democratic defectors to the anti-ObamaCare side than the other way around.  The figure 33, of course, includes all sorts of bills that were only tangentially about ObamaCare repeal, or tweaked small parts of the bill, often with Democratic endorsement and votes. It includes several bills passed with hard-fought compromise later signed by Obama, like the debt-ceiling deal, and other bills that accomplished Obama’s legislative goals, such as the payroll tax cut extension bill.  So, are the House’s machinations futile and extreme? There’s already been bipartisan cooperation in repealing large parts of the health care law in the House— the 1099 reporting requirement and the CLASS Act.

Yes, several of these crazy insane repeal votes actually succeeded, and dozens of Democrats joined forces with the GOP on recent delay votes.  The NRCC is making the case that Georgians can either re-elect someone who's turned into an Obamacare apologist, or they can choose someone else to help undo this mess.  Meanwhile, over on the Senate side, the NRSC has released its first television spot of the 2014 cycle -- and it's not against the man most people see as the most endangered incumbent on the map:

In addition to the specific policies raised in the ad, might there also be a less-than-subtle subtext on Second Amendment issues?  Landrieu's been straddling the fence on gun rights.  Here's more on the 2014 Senate picture.