Vulnerable Senator: Obamacare's Been an "Amazing Success Story," You Know 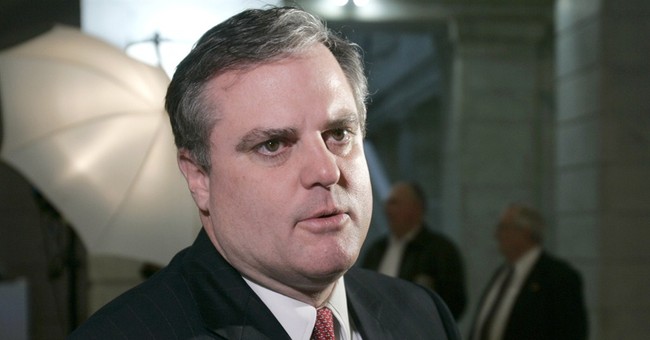 Before the administration battered its own healthcare law with a series of delays and unilateral changes, Democrats excitedly informed the media that their grand new scheme to win in 2014 involved "owning" Obamacare.  Cue the senior Senator from Arkansas, who demonstrates what said ownership looks like (via America Rising):

"It's been an amazing success story so far."

Little Rock-based Baptist Health System says it will lay off 170 workers across its statewide health care network and one industry leader says more hospitals could follow suit.  Baptist Health has hospitals, clinics and medical facilities throughout Arkansas. The health care organization is one of the state’s largest private employers with more than 7,300 workers...Bo Ryall, President and CEO of the Arkansas Hospital Association, said the Baptist Health layoffs are part of a national trend in recent months due to cuts made by the Affordable Care Act...The Affordable Care Act reduced national Medicare funding by $155 billion over a 10-year period that starts this year, Ryall said. He added that the fiscal impact on Arkansas was roughly $2 billion.

But weren't we told that Obamacare's cuts to Medicare (to "pay for" Obamacare) would not affect anyone's care?  Tell that to patients in Mark Pryor's home state.  Medicare needs to be reformed, not raided with double-counted, indiscriminate cuts to finance a new, unwanted, exorbitantly expensive entitlement program.  If the GOP has any shot at seizing a Senate majority next year, Pryor's seat is a must-have.  Military veteran and strong conservative Rep. Tom Cotton has entered the race, and is already edging the incumbent, whose re-elect numbers are in tatters.  Cooing about the wonders of Obamacare isn't likely to improve Pryor's prospects, especially with outside groups pummeling him with effective ads.  Here's the latest offering from the Club for Growth:


I analyzed Republicans' challenging but plausible path to a Senate majority here.
UPDATE - The Washington Post adds that Obamacare's security testing is "months behind" schedule.  This is on top of yesterday's item about the training process for the law's "navigators" being "barely off the ground" in many quarters. Those navigators pose a data security risk in and of themselves, and now they'll receive a less rigorous training regimen, as the administration scrambles to launch this mess.