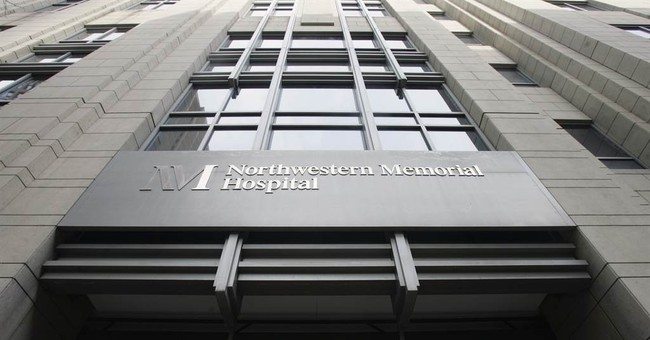 Our Obamacare coverage was interrupted and overshadowed by Friday's presidential comments on race relations and the Zimmerman verdict, but the beat goes on today.  The president is back on the campaign trail, yet again "pivoting" to jobs while attempting to sell the "Affordable Care Act" using stale, misleading arguments.  As he tries to persuade the nation, Obama might consider tailoring his message to a particularly skeptical and crucial subset of the population: Physicians.  This group has long been sour on the new healthcare law, and a new nationwide survey suggests that American doctors remain worried and in the dark about its ramifications.  CNBC reports:

The doctor is . . . skeptical about the Affordable Care Act. And clueless, too.  A new survey shows that an overwhelming percentage of physicians don't believe that their states' new health insurance exchanges will meet the Oct. 1 deadline for those key Obamacare marketplaces to begin enrolling the uninsured.  Just 11 percent of doctors believe those exchanges will be open for business that day. But those doctors, by a wide margin, also said they are "not at all familiar" with how a number of important aspects of those exchanges and plans offered on them will work—aspects that will directly affect their bottom lines. More than 65 percent of them gave that answer to all but one of the questions asking their familiarity with plan benefits levels, contracted rates with insurers, patient coverage terms and the claims process ... Jackson said that doctors who don't have an understanding of those coverage terms could be in for a nasty surprise once the new plans go into effect. That's because under the rules of the exchange, a patient can go up to three months without paying premiums and still not get their coverage formally dropped by an insurers—but the insurer isn't obligated to pay claims incurred during the second and third month if that person isn't paying their premiums for that time, Jackson said. Those rules could mean that doctors end up eating the cost of the care they have already provided, or have their receivables stay unpaid for longer stretches of time.

The vast majority of doctors don't expect a major Obamacare provision to be implemented on time?  Might that be because nonpartisan experts are warning that the exchanges won't be ready by the deadline?  Or perhaps past is prologue.  Before we move on from the subject of doctors, I'll remind you that HHS has inconspicuously abandoned the president's famous "you can keep your doctor" guarantee -- a very serious shift.  Privacy hawks are growing increasingly concerned about an issue we raised last week.  Obamacare's (delayed) verification and ("on schedule") navigation systems will store huge amounts of sensitive data about every single American -- from financial status to health records.  California's Democratic Insurance Commissioner is warning that in their haste to hire new employees tasked with helping people sign up for coverage and subsidies, the federal government is cutting corners on background checks.  The concern is that the system will be ripe for abuse, and that citizens' private information may be susceptible to invasive breaches from dodgy actors.  A Congressional committee raised similar concerns last week, asking whether the systems themselves will be secure from external attacks:


The data hub President Obama's health care team is creating to exchange personal health and financial information on Obamacare users will be a ripe target for computer hackers and identity thieves, charge critics who claim it hasn't been tested for security flaws. "It's the greatest collection of private identification information ever assembled on Americans that will be put into one place," said Rep. Patrick Meehan, who chairs a House cybersecurity subcommittee. "It is every bit of sensitive information one would need to know to completely take over the identification of a person," said the Pennsylvania lawmaker. The Obamacare data hub, he added, "creates a honey pot and the day that it goes online it is going to be a target for hackers and others and they are unprepared to protect the system." At an oversight hearing last week, administration officials said that the hub, still under creation, will be used to verify Obamacare applications. It will share information among federal agencies, like the IRS, and state agencies. A separate system will keep store key information such as income, Social Security numbers, email addresses, and even pregnancy status of Obamacare users. Officials called on the public and Congress to "trust" that the information will be protected from hackers, but several lawmakers balked.


"Your personal information is safe with us -- just trust us" may not strike many people as a strong argument in light of recent developments at the IRS, Justice Department, and NSA.  Meanwhile, it's not just small businesses owners who are jittery about the new law.  The CEO of a large restaurant chain placed an op/ed in today's Wall Street Journal breaking down Obamacare's potentially-fatal funding flaw:

This is why I am concerned that the ACA could actually cause the number of our covered employees to decrease, particularly in the first year. The penalty for declining coverage will be low compared with the cost of coverage; and employees will know that if they happen to get sick, they can get insurance after that. So the economically rational decision for young people, like our crew employees, is to pay the penalty and forego the insurance. Despite what the government may believe, our employees are smart enough to figure this out. For insurers, it's simple math: Premiums collected must exceed claims paid. If too few young healthy people enroll, insurers will raise premiums on those who do. This could result in a spiral of rising premiums—causing more healthy people to drop coverage, driving premiums even higher.

Finally, for those who repeat the inaccurate claim that Republicans have simply stubbornly opposed Obamacare without offering any solutions of their own, here is Rep. Tom Price (R-GA) -- a medical doctor -- explaining a bill he's introduced to replace the new law: