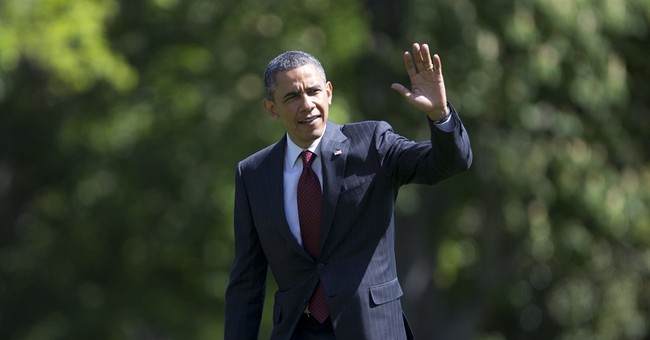 Has the Obama administration managed to get on the wrong side of both iconic Washington Post reporters who brought down the Nixon White House in the 1970's?  It seems so.  Bob Woodward: Check.  Reliable liberal Carl Bernstein?  Check:


"It's outrageous. It's totally inexcusable...the object of it is to intimidate people who talk to reporters. There's no excuse for it whatsoever."


Host Joe Scarborough notes that this administration -- the most transparent of all time, in their own mythology -- has prosecuted double the number of leaks as all previous White Houses combined.  Bernstein calls this a coordinated attempt to cow people into silence and freeze out a robust free press, using national security concerns as a catch-all justification.  Again, Jay Carney insists the president didn't know about the DOJ/AP story until last night, and Obama himself told the American people that he only learned of the IRS abuses through news reports on Friday -- even though those practices were in place for years and the White House was notified weeks ago.  Are these remotely credible claims? This rapidly-deteriorating season of scandal has also alienated a typically loyal Obama media ally in Andrea Mitchell, who says the IRS and DOJ revelations are some of "the most outrageous excesses" she's seen over her decades-long career:


Mitchell and Scarborough both marvel at how that the White House doesn't seem to grasp how damaging these metastasizing scandals really are just yet.  National Journal's Ron Fournier, who's been a beacon of clarity on these stories from the get-go, intones that unless things turn around quickly, the IRS revelation in particular threatens to consume the remainder of Obama's presidency.  I'll leave you with a quote from an anonymous Democrat strategist, who is severely alarmed by the swirling mess the administration has created for itself:

They have a small window- I'd say 2-5 days- to try and turn this around and hold on to a plausible veneer of not being a group of shadowy thugs. But given how tone def they've been in the past, my money is on this being the lens through which their next 3.5 years are viewed.

School Teacher: We Don't Want You to Know the Radical Stuff We've Been Teaching Your Kids
Madeline Peltzer
One of America's Largest Cities Is Using a 1984 Tactic to Find Quarantine Violators
Beth Baumann

The worst mass shooting you never heard about (this year, anyway)
Hotair
Kim Gardner May Be In Hot Water Over McCloskey Prosecution, Burns Her Self-Awareness to the Ground
Redstate