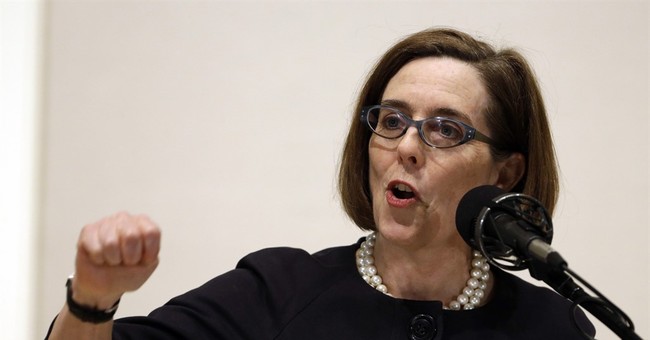 Update: The race is officially called for Brown. The final results fluctuated only slightly from our first post. Brown ended up with 51.2 percent and Pierce got 43.7 percent.

Oregon’s race for governor is shaping up to be a fight. Kate Brown currently has 51.7 percent of the vote with Bud Pierce seven points behind at 43.2 percent. Brown, the incumbent, was challenged by Pierce, who was relatively unknown before being nominated by the Republicans.

Governor races are not isolated state-by-state issues. They are important for the performance of the parties in other races. The governor either stands or gives up in protecting states’ rights against federal overreach. NPR’s Jessica Taylor points out that, “some of the biggest policy battles in the country this year have originated on a state, not a federal, level. From environmental concerns to religious freedom laws to school choice to social issues and more, governors will be on those frontlines.”