University of Michigan-Dearborn Apologizes After Announcing Whites Only Zoom Conference 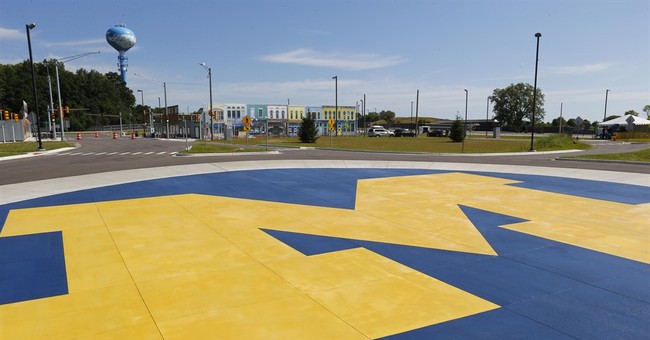 The University of Michigan-Dearborn accidentally tripped and fell into an old racist trope when they hosted a "non-people of color” and separate “Black, Indigenous, and people of color" virtual "cafes" for students.

Update! Seems like @UM_Dearborn has two cafes. Competing cafes. I get the intention but this was not thought out and very lazy. pic.twitter.com/BqTFy8rXN6

Organizers thought they were doing the right thing – that is, according to the law of critical race theory and social justice. But in reality, separate activities for people based on whether they are black or white is straight out of the Jim Crow era and is actually illegal in many aspects of public life thanks to the civil rights movement.

But the university's naivety and seemingly woke ignorance isn't without precedent as lawmakers charge forward to designate jobs, homes, and neighborhoods for people solely based on the color of their skin. They apologized for their gaffe just hours after the invitation went out to students.

But as they explained further in the statement, they really hadn't learned their lesson at all. They specifically carved out groups to single out the differences between students based only on the color of their skin.

The “cafes” were virtual open conversations developed to allow students the opportunity to connect to process current events, share their experiences related to race, share knowledge and resources and brainstorm solutions. The original intent was to provide students from marginalized communities a space that allowed for them to exist freely without having to normalize their lives and experiences, while also providing students that do not identify as persons of color the opportunity to deepen their understanding of race and racism without harming or relying on students of color to educate them.

Whether or not they go on to use race-baiting tropes and suggest they are meant to "brainstorm solutions," segregated groups of students being indoctrinated into racist doctrine is a terrifying prospect.

Uhh....this kind of behavior is exactly why I'm no longer with the left. This is actual segregation under the guise of "equality". What in the actual..#youguysareactualracists#wtf

As riots and protests rage in the streets of American cities, racial division deepens under the radical doctrine that insists White people are inherently racist, and black people are inherently oppressed. The University of Michigan said the quiet part out loud, but the incident proves just how confoundingly bigoted any type of racial segregation truly is.