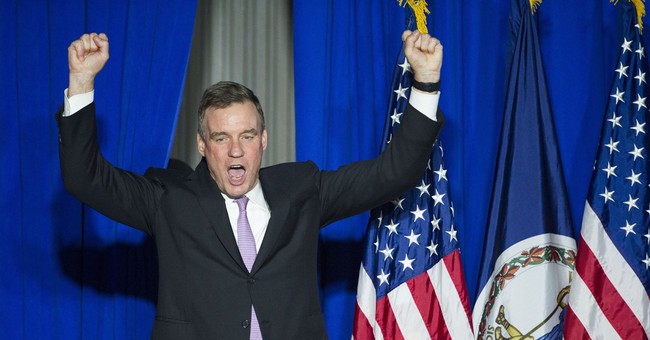 Virginia Senator Mark Warner turned heads this week after deciding to enter the online world of homemade, quarantine-inspired how-to videos with his own snack time submission. Warner's video featured one of his favorite meals, the tuna melt sandwich which, he claims, no one in his family is willing to eat anymore. It soon become clear why the Warner family had been opting to steer clear.

"My daughters won't eat them anymore, and my staff tried to stop me from sharing this quarantine delicacy with the world," Warner shared to his Instagram account, along with the video. "Fortunately for you, they were OVERRULED. So here it is, my soon-to-be-world-famous Tuna Melt."

The video of @MarkWarner making a tuna melt will haunt my mind for years to come.

The senator was not wrong about the sandwich's impending fame, though he may not have been privy to the reason. Warner proudly begins the video by saying the tuna melt is his specialty, with an onscreen disclaimer that it is, in fact, the only thing he knows how to make. This fact gets much sadder after watching the video.

Warner begins his foray into internet stardom with a brief but nearly accurate presentation of the basic tuna melt ingredients. He's got some mayonnaise, bread, cheese, and, of course, tuna. One could almost be fooled into thinking he knows his craft until about one minute into the video when the mayo and bread converge.

Applying the mayo directly to the bread and skipping the apparently overrated 'mix it up with the tuna' step, Warner lays it on thick. I mean, really thick. With no less than a 1/4 cup of mayonnaise now slathering the no-longer-fluffy pieces of white bread, the Vice Chair of the Senate Intelligence Committee moves on to the can of tuna fish. Again bucking the norm, Warner applies the watery, canned fish without draining or flaking, steps most people consider pivotal in quality sandwich construction.

The last ingredient, two slices of American cheese, complete the blink-and-you-missed-it construction before the resulting pile of ingredients enters the cooking phase: 30 seconds in the microwave. And voila, folks. The senator proudly takes a bite of his creation and wonders again why he can't get anyone in his family to partake in his specialty gourmet item.

Warner's quarantine-spawned sandwich video wasted no time becoming a viral sensation. Soon shared across all social media platforms, many people were sharply critical of his techniques but even more people appreciated the boredom-busting laughter. Warner's staff shared some of the senator's reactions to his newfound fame as a short-order cook.

"I regret to report that the tuna melt video has made the jump from Instagram to twitter and the internet has questions," a text from Warner's communications director Rachel Cohen said.

Ok, Internet, I asked him your questions. And he wants you to know that he **intentionally** didn't drain the tuna "because I didn't want it to be too dry"

Ok @MarkWarner we need to talk. That’s too much mayo dude. Where is Lisa? I love your effort...but.... https://t.co/Fnuvg5bHhQ

I am a tuna melt fan, @MarkWarner, but the disgusting amount of mayo on that bread deserves a Content Warnering. https://t.co/131anKiIom