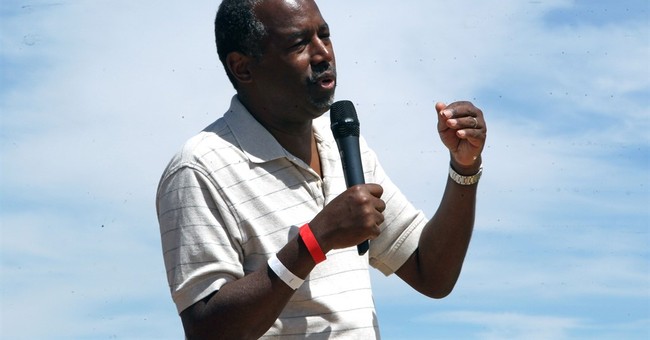 What to make of Fox News’ latest GOP presidential survey?

When the poll was last conducted, Donald Trump was the frontrunner (26 percent), easily edging Jeb Bush (15 percent) and Scott Walker (9 percent). But after the Republican debate we all tuned into two weeks ago, some of the rankings are beginning to shift. Most notably, Ben Carson and Ted Cruz are soaring, nearly doubling their percentage of supporters since the crowds dispersed and the curtains came down:

Meanwhile, Donald Trump is still untouchable at 25 percent. Let that sink in. On the other side of the divide, however, as Guy suggested in his post, Hillary Clinton is in a world of trouble. For two reasons: First, Bernie Sanders is slowly but surely gaining ground on her:

And second, nobody seems to really trust her:

Indeed, when 58 percent of respondents say you “knowingly lied” about a brewing scandal, that's never good.  How she recovers from this is anyone's guess.