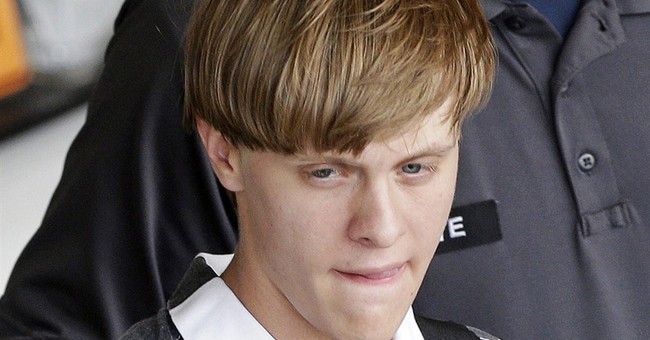 We’ll never know what was going through Dylann Roof’s deranged mind before he pulled the trigger. Sadly, however, what we do know is that he told police shortly after his arrest that he almost jettisoned his plan because he recognized, it seems, a common humanity in his victims.

And yet he carried out his diabolical plan anyway:

The man who shot and killed nine parishioners at a historically black church in Charleston, South Carolina, told police that he "almost didn't go through with it because everyone was so nice to him," sources told NBC News.

And yet Dylann Roof decided he had to "go through with his mission."

Roof, it should be noted, has confessed his crimes, and is now being charged with nine counts of murder. However, not only did he kill nine people in cold blood, he was evidently also driven by a poisonous ideology. The evidence is overwhelming that he clung to racist and bigoted beliefs about African-Americans. His ostensible support for South Africa under Apartheid – and segregation – suggests that racial prejudice was indeed a factor in the tragedy.

What a horrible week for the people of South Carolina and the nation. And so, be sure – if so inclined – to offer up prayers to the victims and donate to Emanuel AME Church. Also, do watch the prayer vigil that took place in Charleston last night; it is deeply moving.