Santorum: These New Debate Rules at Fox Are Kind Of BS 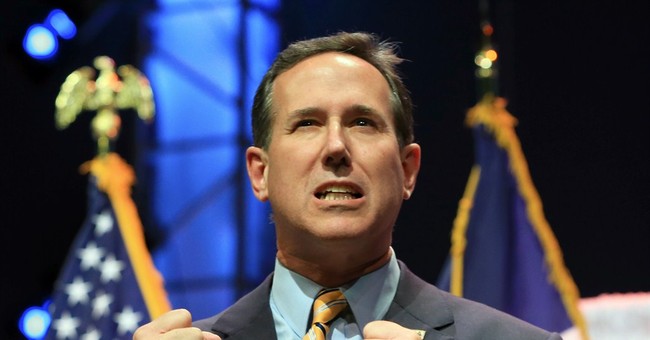 Let’s be serious: Sen. Rick Santorum (R-PA) is running for president in 2016.

But after reviewing the questionable new debate rules being implemented this year by Fox News, as Guy wrote up earlier this week, wherein candidates polling in eleventh place or higher are essentially denied participation rights, the former senator spoke to National Journal in an exclusive interview.

And, of course, he wasn't very happy.

"I'm probably the best person to comment on this,” he said. “In January of 2012 I was at 4 percent in the national polls, and I won the Iowa caucuses. I don't know if I was last in the polls, but I was pretty close to last. [And so] the idea that a national poll has any relationship to the viability of a candidate—ask Rudy Giuliani that. Ask Phil Gramm that. You can go on down the list of folks who were doing real well in national polls and didn't win a single state and were not a viable candidate."

His frustration is understandable, though I don’t believe he has any chance of winning the nomination. But he raises an interesting point: Shouldn’t he at least be allowed on stage, even if he isn’t polling high enough, given how he fared in 2012? That is to say, doesn’t he have more credibility than any other first-time candidate, even if that particular candidate edges him in the polls? While there is a case to be made that all candidates should be allowed to debate on stage at once, Santorum’s argument is particularly strong given he went further than any other GOP hopeful in 2012 before conceding the nomination. As it stands now, however, it seems likely that Santorum will be denied access to key nationally televised debates, while less serious and credible personalities will not be.

Naturally, this issue isn’t going away. But at the same time, the major networks have to contend with a field that has roughly 16 candidates. How do they give them all a fair shake, without appearing biased and partisan?

That, my friends, is the million dollar question.