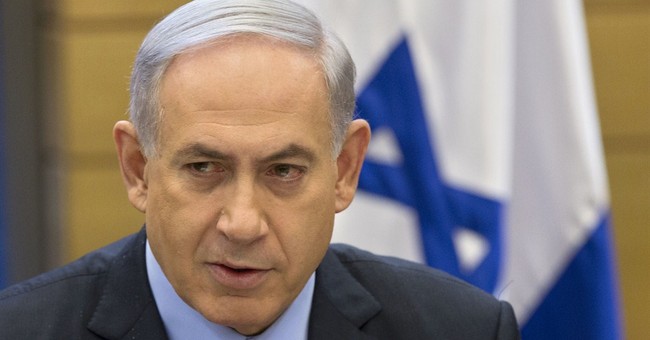 Four Jews were murdered in Paris last week at a kosher grocery store. French President Francois Hollande summarily and emphatically declared it an “anti-Semitic” attack and urged all French citizens to spurn "racism and anti-Semitism” in all its forms. But Jews who have lived in France for their whole lives are again (and increasingly) questioning whether they should stay where they are, or uproot themselves to more tolerant and safer climates.

Tapping into these concerns, Israeli Prime Minister Benjamin Netanyahu explicitly said over the weekend that all Jews in Europe are welcome -- and indeed belong -- in the Jewish State:

In a statement late on Saturday, Netanyahu said an Israeli governmental committee would convene in the coming week to find ways to boost Jewish immigration from France and other European countries "which are being hit by terrible anti-Semitism".

In an exclusive interview with the Atlantic’s Jeffrey Goldberg, however, French Prime Minister Manuel Valls said if Jews were to emigrate en masse from France, as is rumored to happen, the nation would “be judged a failure”:

The choice was made by the French Revolution in 1789 to recognize Jews as full citizens,” Valls told me. “To understand what the idea of the republic is about, you have to understand the central role played by the emancipation of the Jews. It is a founding principle.”

Valls, a Socialist who is the son of Spanish immigrants, describes the threat of a Jewish exodus from France this way: “If 100,000 French people of Spanish origin were to leave, I would never say that France is not France anymore. But if 100,000 Jews leave, France will no longer be France. The French Republic will be judged a failure.”

In other words, French Jews aren’t merely a community of people who happen, by chance, to live in France; they are inherently French and therefore their exodus would foundationally change the country itself. Nevertheless, it is expected that as many as 10,000 (if not more) Jews could leave France for the Jewish State in 2015 alone:

"It will probably be much more than 10,000," he told Reuters at a Jewish Agency meeting for French considering emigration. Israeli Foreign Minister Avigdor Liebermann, at his side, said about 700 Jews had attended the session during the day.

That’s nowhere near the 100,000 feared by Prime Minister Valls -- but it’s not insignificant, either.

“If I were 30, I would get out of France,” a middle-aged Jewish Frenchman named "Laurent S" recently told AFP. He suggested that anti-Semitism was on the rise and thus Israel would be an ideal place for him to resettle. But his age, he implied, makes this option less-than-desirable.

Still, it seems likely others will in time heed his advice, especially if Jewish families continue to feel unsafe and under threat in Western democracies throughout Europe.