Hollande: "France Is Not Finished With This Threat" 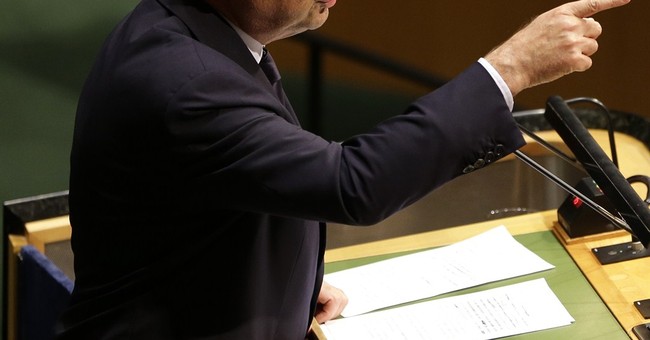 Editor’s note: The content of this article is based on a translation provided by the network CNN.

Shortly after the two hostage crises ended in France on Friday, President Francois Hollande addressed his fellow-countrymen to offer condolences and to express thanks to those who risked their lives in defense of the republic.

“First of all, I express all my solidarity to the families of the victims,” he began. “[But] I [also] want to congratulate the courage -- the bravery -- of the police officers and all those who participated in these operations. I want to say to them we are proud of them because order has been [restored].”

He then offered guidance for how France can move forward together as one nation. He recommended three courses of action.

“France is not finished with this threat and so I want to call on you for vigilance, unity, and mobilization,” he said.

“Vigilance is first of all for the state to show demonstration,” he averred. “We need to protect public places and to ensure we can live peacefully without being threatened.”

“I call on you also for unity,” he added. “This is our best weapon. We must demonstrate our determination to fight against anything that can divide us. [We] must be totally against any racism and anti-Semitism.”

He also labeled the siege at the kosher grocery store an "anti-Semitic" attack.

“Finally, we must mobilize ourselves,” he concluded. “We have to be capable to respond to the attacks with force. “[W]e are a free people. We will not give in to any pressure -- to any fears -- because we have an ideal which is greater than ourselves.”

He also once again thanked the military and police personnel for their courage and self-sacrifice, adding that the experience of the past week will only bring French citizens closer together.

“I want to thank the soldiers for undertaking the responsibility we faced with the terrorists,” he said. “We will come out even stronger from this hardship. Long live the republic, long live France.”