New Poll: No, Charlie Baker Is Not Up by 9 Points in MA 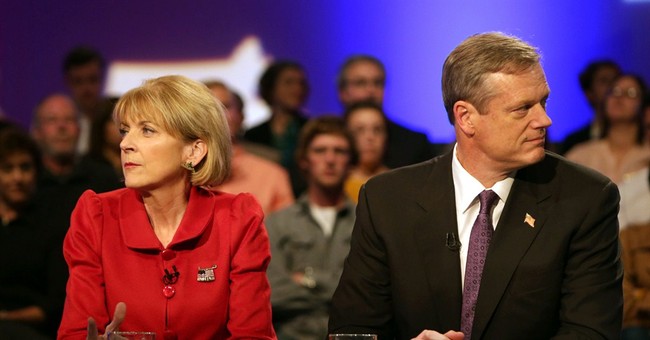 This enticing poll last week was almost too good to be true, and it was. After all, a New Umass Lowell/7 News survey throws a sopping wet blanket on the idea that Republican Charlie Baker is routing his opponent one week before Election Day.

He's not. The race is actually kind of close: Or…is it? Consider, for instance, this revealing cross-tab: Among likely voters, Charlie Baker is dominating Republicans, boasting a 40 point advantage among Independents (by far the biggest voting bloc in the state), and peeling off a plurality of Democrats (for Massachusetts, that is). My gut reaction, then, is if he’s siphoning off so many votes, how has he not opened up a much safer lead?

Only in Massachusetts, for example, would the president’s approval ratings be higher than 50 percent and above water. Nationally, he fares much much worse. On the other hand, not only does Charlie Baker have lower disapproval numbers than his opponent (see above), but he is also “personally more likable”: Her 18-digit deficit on this question is devastating. It is also one reason why a Republican, like Baker, could defeat her in a state that reliably votes for Democrats.
ABC Anchor Asks Vice President Pence a Very Blunt Question About His Prayer Life
Cortney O'Brien