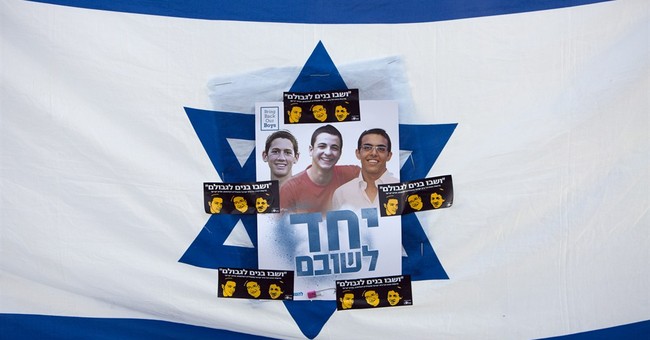 BREAKING: Terrorist who commanded the kidnapping of three boys in Gush Etzion was captured.

The kidnapping and subsequent brutal slayings of three Israeli teenagers last June (one of whom was an American citizen) first inflamed the violence between the state of Israel and Hamas.

On Monday, both sides agreed to a 72-hour humanitarian ceasefire.

UPDATE: For what it's worth, a new Gallup poll out today shows Americans still strongly back Israel in the present conflict: