White House: Actually, No, We Won't be Teaming Up Militarily With Iran 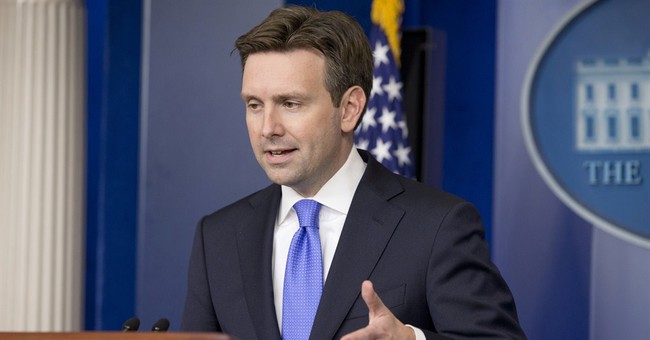 Today Secretary of State John Kerry left the door open to a possible military alliance between the United States and the Islamic Republic of Iran to help curb the violence and end the pogroms in Iraq. This would be problematic, of course, for a number of different reasons -- not least because our own State Department lists Iran as one of four State Sponsors of Terrorism.

“I wouldn’t rule out anything that would be constructive to providing real stability,” Secretary Kerry said in an interview with Yahoo News. “[We] are deeply committed to the integrity of Iraq as a country.” Hours later, however, White House Press Secretary Josh Earnest publicly rebuked Kerry’s pronouncements, asserting that any kind of military coordination with Iran was completely off the table.

The U.S. won't take coordinated military action with Iran as part of a broader effort to stem escalating violence in Iraq, the White House said on Monday.

"Any conversation with the Iranian regime will not include military coordination," White House spokesman Josh Earnest told reporters traveling with President Barack Obama on Air Force One. "We're not interested in any effort to coordinate military activity with Iran."

The Pentagon also said Monday it had no intention of coordinating a military response to the crisis in Iraq with Iran or its military forces, a position that appeared to vary from earlier comments by Secretary of State John Kerry.

This wasn’t the first time the Secretary of State went off script during a major international crisis, and it almost certainly won't be the last.