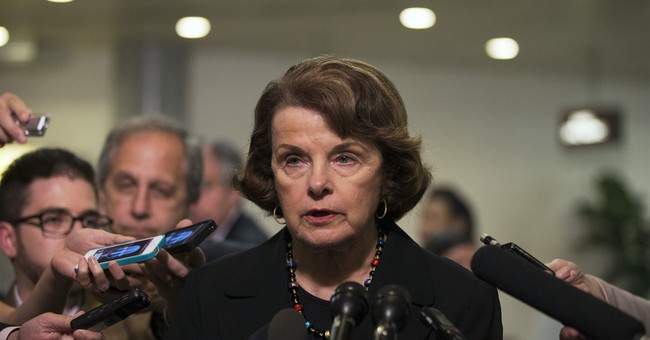 In an effort to promote transparency and accountability, the Central Intelligence Agency (CIA) provided “secure” computers to congressional staffers on the Senate Intelligence Committee to investigate the agency’s detention and interrogation program established in the post-9/11 era. However, when a potentially damaging internal review was discovered by investigators last December, the agency reportedly panicked; and in January, supposedly searched the computer network in order to uncover how the review was obtained.

Speaking on the Senate floor on Tuesday, the head of the Senate Intelligence Committee, Sen. Dianne Feinstein (D-CA), essentially confirmed these swirling rumors. She accused the CIA of spying on the committee's investigation -- an act, she said, that was possibly in violation of the Fourth Amendment, the separation of powers, and the rule of law:

The head of the Senate Intelligence Committee says the CIA improperly searched a stand-alone computer network established for Congress as part of its investigation into allegations of CIA abuse in a Bush-era detention and interrogation program.

Sen. Dianne Feinstein of California defended her committee's work and challenged the CIA on Tuesday as she sought to set the record straight amid various reports of disputes between Congress and the agency.

The California Democrat said the CIA searched the network this past January.

At issue is whether the CIA violated an agreement made with the committee about monitoring the panel's use of CIA computers. The CIA provided the computers to congressional staffers in a secure room at its headquarters so that the committee could review millions of pages of top secret documents.

Again, as the Washington Post notes, these are very serious charges:

Sen. Dianne Feinstein (D-Calif.) said the activities of agency officials "may have undermined the constitutional framework" of congressional oversight.

The situation amounted to an attempted intimidation of congressional investigators, she said, adding: "I am not taking it lightly."

Besides possible constitutional violations, Feinstein said the CIA may also have violated the Fourth Amendment, various federal laws and a presidential executive order that bars the agency from conducting domestic searches and surveillance. She said she has asked for an apology and recognition that the CIA search of the committee's computers was inappropriate, but, "I have received neither."

Therefore, Feinstein is once again admonishing the CIA to apologize, and to come clean about their constitutionally dubious activities:

“Because the CIA has refused to answer my questions … I have limited information about exactly what the CIA did in conducting its search,” Feinstein said. She demanded more information from the CIA and the White House.

Feinstein's comments escalate the feud between the CIA and the Senate Intelligence Committee over the panel’s 6,300-page classified report on waterboarding and other enhanced interrogation techniques during President George W. Bush’s administration.

The Department of Justice (DOJ) is now investigating the matter, Feinstein said:

Feinstein said the matter has been referred to the Department of Justice for possible criminal prosecution.

"I have grave concerns that the CIA search may well have violated the separation of powers principles," Feinstein said. She added that she was "not taking it lightly," insinuating it was an attempt at intimidation.

”As far as the allegation of CIA hacking into Senate computers, nothing could be further from the truth,” Brennan said during a previously scheduled event at the Council on Foreign Relations. “That’s just beyond the scope of reason.”