Photo: Brown Removes Shirt, But Will he Throw His Hat in the Ring?" 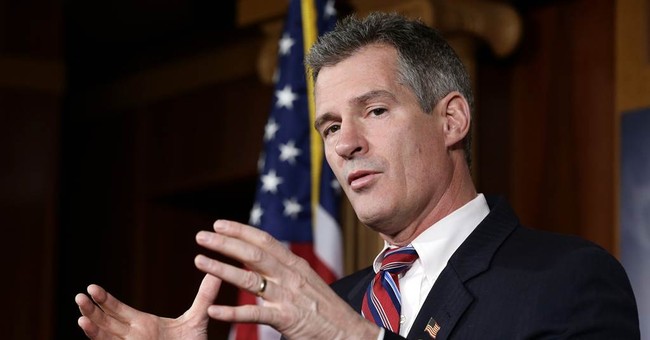 Curiously, an ex-U.S. Senator from Massachusetts widely rumored to be weighing a U.S. Senate campaign in New Hampshire somehow found himself half-naked on the front cover of the state’s largest newspaper today. Coincidence? I think not.

Mr. Brown, according to the caption, was in New Hampshire raising money and awareness for the Special Olympics by participating in the “Penguin Plunge.” But isn’t it rather strange he found a way to give back to that community by posing in pictures afterwards…without his shirt on? Of course, as a former Washington lawmaker and local celebrity in the region, he brings a certain amount of publicity to these charitable events merely by showing up. And that’s a good thing. But as an undeclared candidate now tied in the polls with the incumbent senior Senator from New Hampshire, this doesn’t appear to be a mere "accident." This is, after all, the same newspaper that endorsed Newt Gingrich for president in 2011. Now, it seems, they're urging him to take a different kind of plunge.