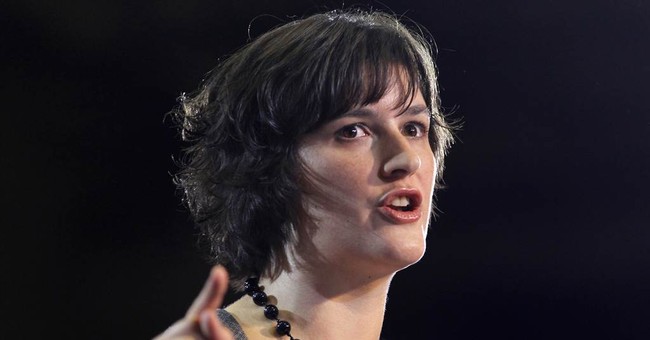 Yesterday we learned that Rep. Henry Waxman (D-CA) is retiring from Congress. But guess who might replace him? Or more precisely, is “strongly” considering running for his open seat? My headline gave it away (via WaPo):

Sandra Fluke, a women's rights activist who came to prominence after conservative radio host Rush Limbaugh labeled her a "slut" for advocating government-funded contraception, is considering a run for Congress.

Fluke told KPCC that she is "strongly" considering a bid for the seat of Rep. Henry Waxman (D-Calif.), who announced his retirement earlier Thursday.

"I’m flattered that I’m being discussed as a potential candidate," Fluke said. "A number of folks I respect very deeply have reached out today and encouraged me to run. I am strongly considering running."

Fluke has a history of saying some pretty controversial things. Nonetheless, she frequently appears on national television, and even had a rather nice speaking slot at the 2012 Democratic National Convention. Remember, too, she also became a “hero” of the progressive Left when President Obama personally called her on the phone after Rush Limbaugh’s indelicate and offensive comments. People know who she is.

And if she’s seriously considering running for Congress in deep blue California, I see no reason why she wouldn’t win. The seat was held by liberal Democrat Henry Waxman for forty years -- who, incidentally, is a committed Leftist and political ally of Nancy Pelosi -- and therefore would at least be an acceptable if not hand-picked political successor. She would presumably fit the ideological litmus test of her would-be constituents, too, who elected and re-elected Waxman for nearly half a century.

We’ll see what she ultimately decides to do, but don’t be surprised if we see Congresswoman Sandra Fluke walking around the halls of Congress sometime soon. I’m calling it.