Some Thoughts on “Lone Survivor” 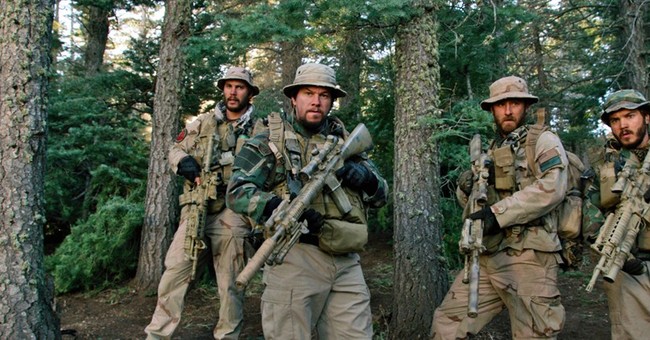 This is one of those movies that stays with you. I saw it Friday night, and it’s been with me ever since.

Like so many, I had read the book when it first came out. Thus I knew what happened, and was deeply moved by Marcus Luttrell’s story when I first came across it six years ago. So when I learned that Peter Berg and Mark Wahlberg were going to turn “Lone Survivor” into a feature film, I was excited.

However, watching the story unfold on the silver screen was a different kind of experience. And a sobering one at that.

At times, I had tears in my eyes. At other times, I was on the edge of my seat hoping -- no, praying -- these four men would all make it out alive. Of course, only one of them did.

At one point in the drama -- which I think perfectly encapsulates a major theme of the film -- a wounded Matt Axelson (played by Ben Foster) says under his breath to an approaching squad of Taliban fighters: “You can die for your country. I’m going to live for mine.” It was clear in the film that despite the long odds against escape, there was never recognition -- by any of these men -- that they would not return home to their families and loved ones. They were determined to live. And indeed, they had much to live for, as the filmmakers went to great lengths to show us. A viewer would need a heart of stone not to be moved by what these men went through, and by what they did for one another to survive once the mission was compromised.

When I left the theater, all I wanted to do was meet these four young Navy SEALS -- to shake their hands and say thank you -- although I knew that was clearly not possible. I wanted to tell them that although I could never directly understand what they went through, I was so moved by their heroism, selflessness and compassion that I would pray for them, and would always remember what they did.

How many other American soldiers have made similar sacrifices for our country, I wondered? Certainly too many to name, let alone remember properly. Experiencing this film, I felt the same way I did after watching “Saving Private Ryan” and “Band of Brothers” for the first time: a mixture of pride and astonishment at the capabilities of the American Warrior under fire.

So, go and see this film, my friends. Experience the power of "Lone Survivor" for yourselves -- and you will understand why everyone is talking about it.