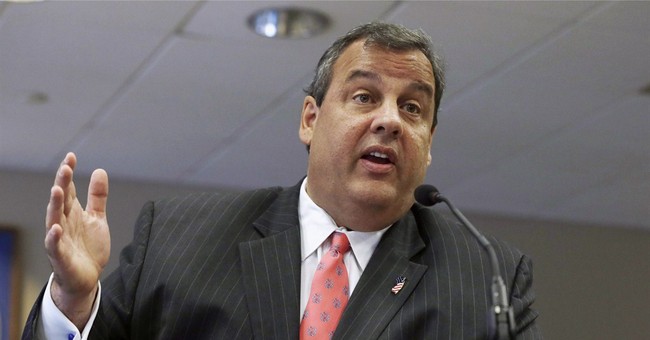 Governor Chris Christie (R-NJ) has long been opposed to legalized same-sex marriage. CNN reports that as recently as his first public debate against Barbara Buono (D-NJ), he reaffirmed his commitment to traditional values. But it seems political realities are finally setting in, and there’s not much he, as governor, can do about it. Therefore, his administration has withdrawn their formal appeal contesting a state Supreme Court ruling ending New Jersey’s ban on same-sex marriage (via NJ.com):

Gov. Chris Christie announced today that he was dropping the fight against same-sex marriage in New Jersey by withdrawing his his [sic] appeal of a major case that was being heard by the state Supreme Court.

Across the state, gay couples have been getting married today for the first time in New Jersey after the Supreme Court refused on Friday to delay the first weddings while it heard Christie's appeal of a lower-court ruling that legalized gay marriage last month.

Christie said the court, in rejecting his plea for a stay, had made strong statements that settled the larger case.

Colin Reed, a spokesman for Christie, said that Chief Justice Stuart Rabner, writing for the court in a 7-0 opinion last Friday, "left no ambiguity about the unanimous court's view on the ultimate decision in this matter when he wrote, 'same-sex couples who cannot marry are not treated equally under the law today.' "

Christie has said time and again that he favors a public referendum -- i.e., ballot initiative -- to settle the issue once and for all, even though he personally believes marriage is the union between one man and one woman. Thus, he’s clearly unhappy with the court’s decision. But as governor, his spokesman said in a statement, he will always uphold and enforce the rule of law:

"Although the governor strongly disagrees with the court substituting its judgment for the constitutional process of the elected branches or a vote of the people, the court has now spoken clearly as to their view of the New Jersey Constitution and, therefore, same-sex marriage is the law," Reed said. "The governor will do his constitutional duty and ensure his administration enforces the law as dictated by the New Jersey Supreme Court."

The Supreme Court on Friday appeared to address all the major issues underlying the case, rejecting Christie's legal arguments and emphasizing he was unlikely to win if he continued appealing a Sept. 27 decision by Superior Court Judge Mary Jacobson, which found that gay couples were being denied equal rights "every day" in New Jersey.

Jacobson's was the first court ruling to legalize same-sex marriage after the U.S. Supreme Court struck down the federal Defense of Marriage Act in June. The move extended hundreds of tax, medical and other legal benefits to same-sex couples, but only in states that provided them "lawful marriages." As a civil union state, New Jersey was left out, the Supreme Court ruled Friday.

Christie’s opposition to same-sex marriage is fairly unpopular given the fact that 2 in 1 likely voters in New Jersey support it. Curiously, Senate-elect Cory Booker (D-NJ) was reportedly officiating same-sex weddings himself earlier this morning, which gives one the distinct impression of just how popular marriage equality is in New Jersey.

But could Christie’s decision to withdraw the appeal early anger the base, and raise questions about his conservative bona fides? Is he ostracizing himself from conservatives by throwing in the towel prematurely?

.@GovChristie withdraws appeal of same-sex marriage ruling by NJ Sup Ct, orders law enforced. Having it both ways, pleasing no one?

Christie’s proven to be rather adept at handling the politics of governing a liberal state as a conservative. His approval ratings speak for themselves. One presumes, then, he's got everything under control.