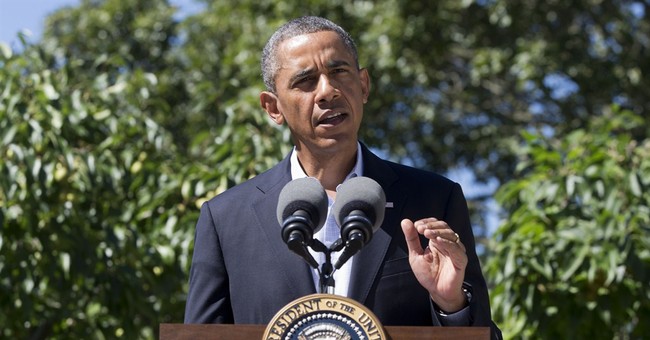 More than 500 people have reportedly been killed in Egypt since Wednesday morning after a peaceful encampment of pro-Morsi activists was raided by pro-government forces. Two journalists were killed during the chaos -- and nearly 4,000 people have since been injured. Meanwhile, the violence only seems to be spreading.

Speaking from Martha’s Vineyard on Thursday morning, President Obama interrupted his vacation to deliver a short statement on the unfolding crisis -- condemning the violence and personally offering his condolences to all those affected by recent events:

The United States strongly condemns the steps that have been taken by Egypt's interim government and security forces. We deplore violence against civilians. We support universal rights essential to human dignity, including the right to peaceful protest. We oppose the pursuit of martial law, which denies those rights to citizens under the principle that security trumps individual freedom or that might makes right. And today the United States extends its condolences to the families or those who were killed and those who were wounded.

Given the depths of our partnership with Egypt, our national security interest in this pivotal part of the world and our belief that engagement can support a transition back to a democratically elected civilian government, we've sustained our commitment to Egypt and its people. But while we want to sustain our relationship with Egypt, our traditional cooperation cannot continue as usual when civilians are being killed in the streets and rights are being rolled back.

As a result, this morning we notified the Egyptian government that we are canceling our biannual joint military exercise, which was scheduled for next month.

Going forward, I've asked my national security team to assess the implications of the actions taken by the interim government and further steps that we may take as necessary with respect to the U.S.- Egyptian relationship.

Meanwhile, Coptic Christians are still being targeted and slaughtered. This in turn has prompted some lawmakers to put more pressure on the administration to cut off all foreign aid to Egypt for the time being:

UPDATE: This conflict is far from over:

After condemning Egyptian violence, it's back to golf for Obama http://t.co/NcEcT3wpw9 by @blakeneff