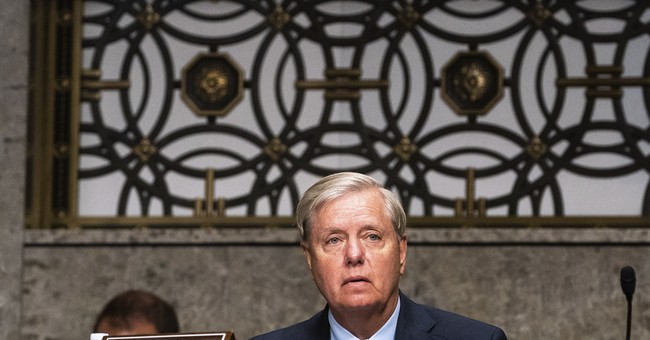 Tragedy struck Colorado on Monday night after ten people were killed at a grocery store in Boulder. The suspect was identified as 21-year-old Syrian refugee Ahmad Al Aliwi Alissa, who Katie reported earlier was on the FBI's watch list. He reportedly was able to purchase a Ruger AR-556 pistol legally and passed a background check just last week.

And now Democrats on the Hill are renewing their calls for "assault weapons" ban, including President Biden, who called for a ban on modern sporting rifles on Tuesday. He's reportedly been planning executive action on guns for weeks now.

"We can ban assault weapons and high-capacity magazines in this country once again," Biden said. "I got that done when I was a senator. It passed. It was law for the longest time, and it brought down these mass killings. We should do it again."

But as Katie pointed out in her fact check, a 2004 Department of Justice funded study from the University of Pennsylvania Center of Criminology found that the ban cannot be credited with a decrease in violence carried out with firearms.

Sen. Lindsey Graham (R-SC) sounded off on the new attempt to roll back the Second Amendment on Wednesday, and the progressives who, without knowing the facts, identified the Colorado shooter as a white man.

"Most Republicans are pretty much tired of this, that every time there's a tragedy that is yet another reason to say that white extremism is the biggest threat to the country and that we need to gather up everybody's guns," he said, as reported by CBS reporter Alan He. "Well, it's not going to work."

"The idea of banning assault weapons I don't think has any chance of passing in the Senate and I would encourage Sen. Schumer to bring up the assault weapons ban being proposed by President Biden and let’s vote on it," Graham warned the Democrats.