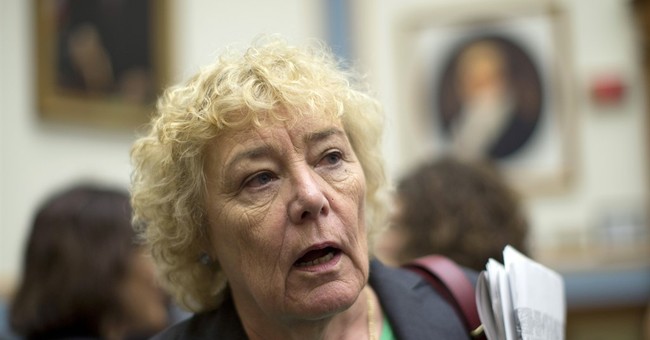 Republicans such as Sens. Josh Hawley (MO) and Ted Cruz (TX) objected to President Biden's win on January 6 as Congress reconvened to certify the election results. Democrats were outraged. But some observers argue that what the Democrats are attempting in Iowa is worse.

Rep. Mariannette Miller-Meeks may have only won by six votes, but the Republican is indeed the certified winner of the 2nd Congressional District race in Iowa, after a recount nonetheless. Still, Democrat Rita Hart issued a challenge and the U.S. Committee on House Administration voted last week to allow for a review.

“Today, none of us can state with confidence who actually won this election,” Committee Chair Zoe Lofgren claimed. “Answering that question is a solemn responsibility of this committee and it is our obligation under federal law and under the Constitution.”

Republicans have fired back and noted that this race should have been resolved at the state level.

In former White House press secretary Ari Fleischer's opinion, this drama "is worse - far worse - than what some Rs tried to do on January 6th by objecting to Biden’s win."

This is worse - far worse - than what some Rs tried to do on January 6th by objecting to Biden’s win. The January objections (which I opposed) would not have made Trump the winner. Here, House Ds are threatening to overturn a state certified result. https://t.co/ZQyt8yT3Jb

"Instead, House Ds want to install a D over the incumbent R," Fleischer continues. "This must be rejected. Every D who called out Rs on Jan. 6th should oppose this blatant power grab. States decide who wins. Not Nancy Pelosi."

GOP Leader Kevin McCarthy shared those same concerns about House Democrats during an interview with Fox News host Sean Hannity, going so far as to say that they are attempting to "steal" the seat.

"What's really happening here, Sean, you know it," he added. "The Democrats have the smallest majority in their history in the last 100 years - only five seats. So every seat they can steal, helps them, helps them be able to pass the most socialist things they can."

The Wall Street Journal editorial board published this warning:

The party is on the precipice of creating a precedent, for the first time in a generation, that a partisan majority in Congress can disregard state officials and redo a close election count according to its own preferences. All their high-minded talk about respecting the voters seems to apply only when Donald Trump is challenging the results. This blatant Democratic power play would inspire more partisan bitterness—and further erode voter faith in elections.