Pelosi: 'Of Course' Republican Who Won Tight Race Could Be Removed 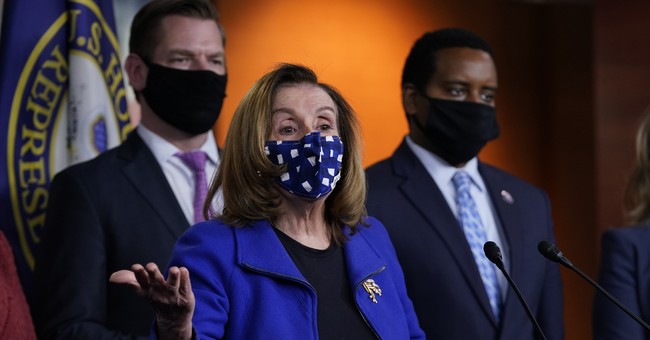 According to the speaker, the Democratic-led House Administration Committee “is following the law” in reviewing the election, which Miller-Meeks won with just six votes.

The election results were certified by Iowa state officials and Miller-Meeks was provisionally sworn into Congress in January.

A key House committee voted Wednesday to consider a challenge from the Democratic candidate in a contested race for a House seat in Iowa.

The House Administration Committee voted by a 6-3 margin to table Rep. Mariannette Miller-Meeks’s (R-Iowa) motion to dismiss an effort by Democrat Rita Hart to press the panel to consider the results in the 2020 race in Iowa’s 2nd Congressional District.

The panel will begin examining the merits of Hart’s argument that she should be placed in the House seat. (The Hill)

Hart has said she has evidence 22 legally cast votes were left out of the counting process, 18 of which are for her.

“At least twenty-two Iowans’ legally-cast ballots still have not been counted due to a string of errors. We are glad to see the House Committee on Administration taking the next step towards ensuring that every legally-cast vote is counted in this race and that all Iowans’ voices are heard. Every legal voter in this country has a right to have their ballot counted and the remedy here is clear — count the ballots,” Hart said in a statement after the vote.

"Rita Hart and Speaker Pelosi are trying to subvert Democracy and I look forward to all Democrat members condemning this partisan stunt." he told Fox News.