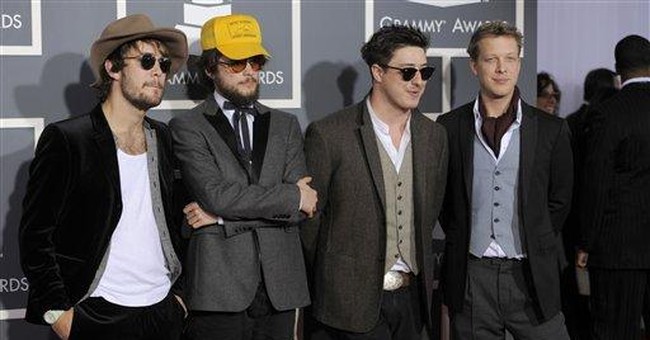 Mumford & Sons banjo player Winston Marshall is in hiding after tweeting his support of Andy Ngo's work. Ngo has been exposing Antifa violence for the past few years, documented in his book "Unmasked: Inside Antifa’s Radical Plan to Destroy Democracy."

“Congratulations @MrAndyNgo," Marshall wrote on Saturday. "Finally had the time to read your important book. You’re a brave man."

But critics piled on and identified Marshall as a "right-wing agitator" or even a "Nazi" for praising Ngo.

As expected, the musician has released an apology. In a statement, Marshall acknowledges now that the book he endorsed has "caused pain" and he's decided the best course of action is to "take time away from the band to examine my blindspots."

Conservatives were disappointed in Marshall for being the latest victim of cancel culture.

Better to stand on your feet than live on your knees. They were going to cancel you regardless. There’s no compromising with these jackals and no point in apologizing to them, ever. Big mistake.

I know it is difficult to be courageous instead of cowardly but how disappointing to see you cave to these disgusting bullies.

Antifa activists set fire to the Portland courthouse Thursday night, when people were still inside the building.

Antifa is a terrorist organization.

“I grieve for those who are made to suffer because they dare to read my work, or talk to me,” Ngo tweeted this week.

Last week, Ngo mused that "the hard-left has done away with tolerance" and are "working to mainstream the position that their political opponents should be harassed, intimidated, maimed or even killed."