Sen. Cramer Explains Why He Still Thinks Trump's Team Is Up to the Task 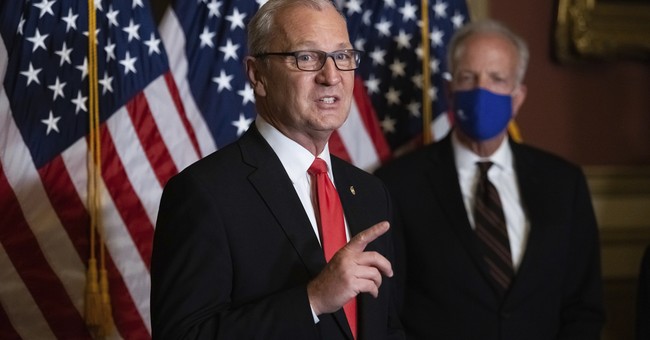 As we reported, Sen. Kevin Cramer (R-ND) released a showstopper of a statement about the second impeachment trial against President Trump, which kicked off with opening arguments on Tuesday.

“Welcome to the stupidest week in the Senate," Cramer said in his opening line, accusing the Democrats of "making a mockery" of Congress.

However, asked to respond to both sides' opening arguments, Sen. Cramer admitted on Fox News that Trump's legal team's introduction didn't exactly hit it out of the park.

"I do think they could have been better organized," he said, noting that the team "veered too far from the question of the day," which was supposed to focus on Senate jurisdiction. They didn't get to that topic until 90 minutes into their presentation, he sighed. "But they did get there," he added.

Cramer noted that lawyers Bruce Castor and David Schoen hit a few other relevant topics, such as free speech and due process.

On CNN, Cramer was consistent in noting that the Democratic impeachment managers gave a "superior presentation," but the presentation for the defense was "an easier one."

"It's a plain reading of the Constitution," Cramer explained. "So they were adequate to that task. They didn't spend very much time on it. Frankly there's not a lot of time to spend on it. It's not a complicated question.”

Cramer scoffed at the Democrats' argument that this impeachment trial is the only way to have unity. He says that perspective is going to take Congress down a dangerous road.

“I think what this really is going to result in is every time the House of Representatives has a different party than the party in the White House, we’re going to see annual partisan impeachments," he warned. "God help us if we go down that trail."

The senator also wished that the president, who called for unity in his inauguration speech, would speak up.