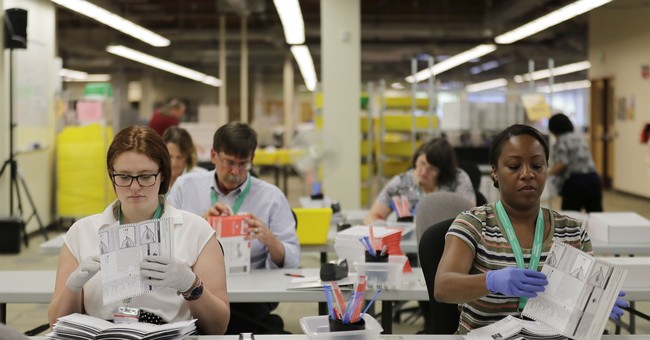 The Trump re-election campaign has just added another lawsuit to its growing list of cases related to the 2020 presidential election. In their new federal lawsuit in Michigan, the team cites "multiple witness accounts of irregularities, incompetence, and unlawful vote counting."

The state of Michigan was called for Joe Biden on November 4, giving him 16 electoral votes.

The Trump suit, according to a new statement from the campaign, relies on affidavits from witnesses "who say they saw election officials counting ineligible ballots, counting batches of the same ballots multiple times, counting illegal late ballots and pre-dating them, accepting ballots deposited in drop boxes after the deadline, and duplicating ballots illegally. It also documents how defendant Wayne County used faulty ballot tabulators that miscounted votes for President Trump as votes for the Biden-Harris ticket."

“The 70 million Americans who voted for President Trump deserve transparency into the potentially unconstitutional conduct documented here," said Matt Morgan, Trump 2020 campaign general counsel. "The numerous reports we have heard from credible witnesses of Michigan's election processes are alarming. Every American should have faith in our electoral process and know that their legal vote was both counted and protected. Unfortunately, based on several witnesses’ accounts, that seemingly is not what occurred in the state of Michigan. As we have said from the beginning, our campaign will continue to ensure all Americans can trust in a free and fair election, and this lawsuit is a noteworthy step toward achieving that goal.”

You can read the full complaint here.

We've reported on a few fishy developments in Michigan the past week, including how at one polling center ballot counters covered up the center's windows, preventing poll watchers from doing their jobs.

President Trump continues to allege that voter fraud evidence will prove that he is the rightful winner of the election. Several networks called the race for Biden on Saturday after declaring he won the state of Pennsylvania.