'There Was No Lie Here': President Trump Spars with ABC's Jon Karl 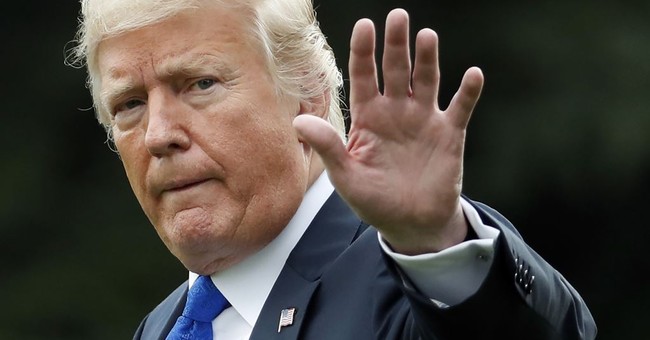 "I believe we are rounding the corner," President Trump said of the state of the coronavirus in the United States. Patients are recovering at a quicker rate, and states are starting to reopen, he reasoned. He announced that there "won't be anymore shutdowns."

Trump spent a few moments recalling how poorly his current presidential opponent Joe Biden handled H1N1, Swine flu, when he was the vice president. If Biden had been in charge during the coronavirus, Trump argued, "countless more Americans would have died."

But the reporters in the room weren't exactly interested in health updates. As soon as Trump opened the floor for questions, came the flood of inquiries about his months old interview with Bob Woodward. Woodward released audio just this week of their interview, in which Trump said he liked to "play down" the coronavirus when talking to Americans.

ABC News reporter Jonathan Karl got the first question, and began as follows, "Why did you lie to the American people..." The president immediately began shaking his head.

As Trump explained, he "wanted to show a level of confidence and to show strength as a leader."

“I don’t want to jump up and down and start screaming ‘death, death,'" he added.

If Bob Woodward thought his remarks were so bad, Trump reasoned, then "he should have immediately gone out to the authorities, but he didn't think it was bad."

"There was no lie here," the president concluded. "What we're doing is we're leading."

"The way you phrased that is such a disgrace...It's a disgrace to your employer," Trump told Karl, before moving on to the next question.

Dr. Anthony Fauci, a member of the White House coronavirus task force who media still seem to fawn over, told Fox News on Wednesday that he doesn't remember Trump ever distorting information about COVID.

"I didn't see any discrepancies between what we told [Trump] and what he told the public," Fauci said.

By the way, here's how Trump opened his presser.