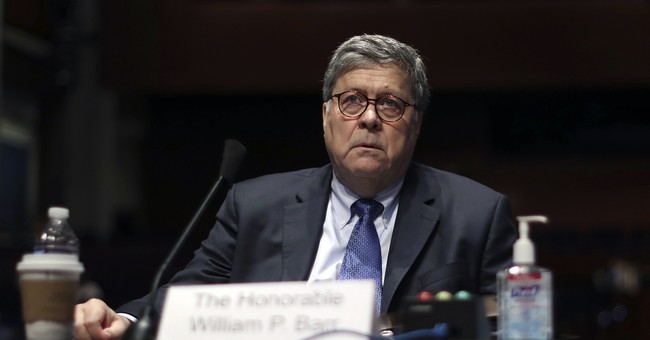 Attorney General William Barr was forced to wait for nearly an hour before his testimony before the House Judiciary Committee could begin on Tuesday because Chairman Jerry Nadler had gotten into a car accident.

As you can imagine, by 3:30 p.m., after hours of testimony, he was tired and hungry. So, naturally, he asked Nadler for a 5-minute break. He was flatly rejected.

Barr quickly lost his temper and reminded the chairman, "I waited an hour for you this morning." The hearing started late, and he hadn't had lunch.

Before Nadler finally relented and let the AG take a break, Barr sarcastically said that he was a "class act."

BARR: "I waited an hour for you this morning. I haven't had lunch..."

NADLER: "We are almost finished..."

Barr was also irritated because, throughout today's hearing, Democrats asked him questions without any intention of actually letting him answer. As soon as he did try to respond, they would say, "I'm reclaiming my time."

The Democrats routinely accused Barr of violating his oath of office and of being beholden to President Trump and not the Constitution, without ever giving him a chance to respond. As Rep. Jim Jordan (R-OH) asked aloud, what was the point of bringing the AG to Capitol Hill if they weren't going to let him speak?

The AG said something along those lines as well.

"I mean, this is a hearing," he said. "I thought I was the one who was supposed to be heard."