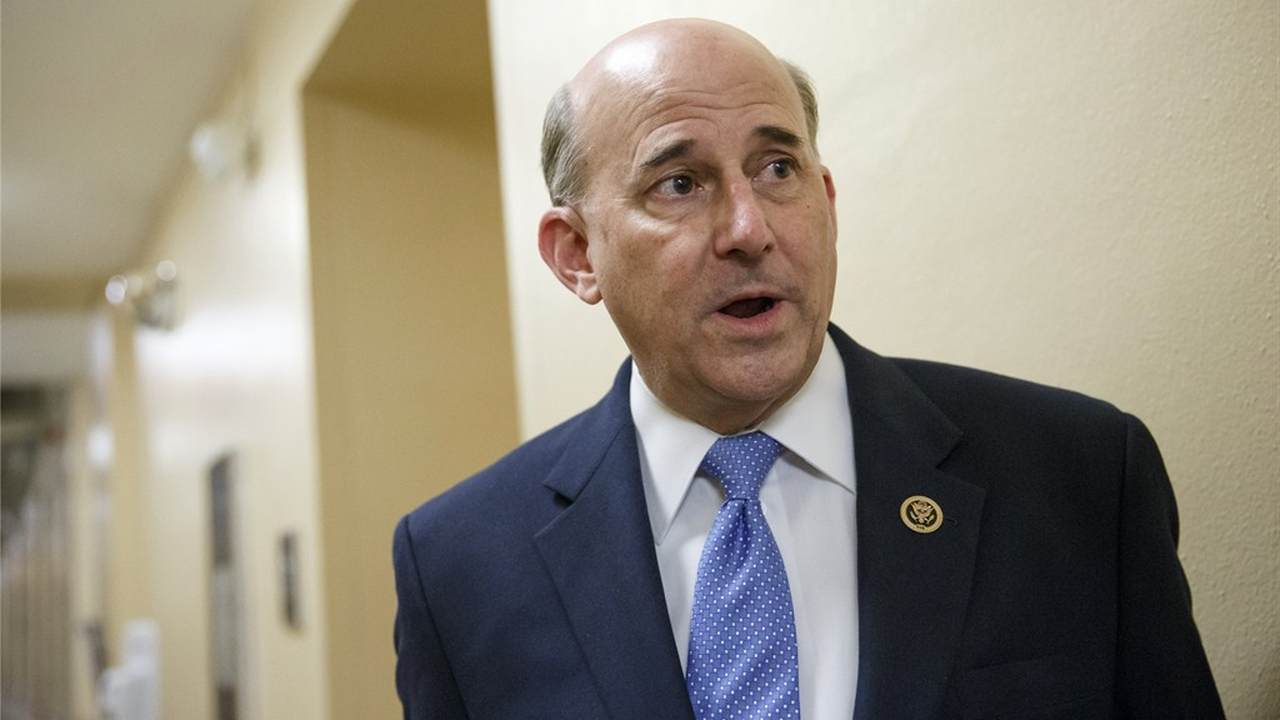 As Matt reported on Thursday, Rep. Louie Gohmert (R-TX) responded to the Democrat-led attempt to remove Confederate statues from Capitol Hill with a resolution to ban the Democratic Party. It got a lot of laughs from those who only read that headline. But after hearing his remarks, you'd know he was dead serious.

As Rep. Gohmert sees it, the Democrats want to erase any individual who ever promoted slavery, so that would be pretty much the entire 19th century Democratic Party. So he gave his colleagues a brief history lesson on the Democrats' racist record in Congress during the Civil War era.

The Democratic Party platforms of 1840, 1844, 1848, 1852, and 1856, Gohmert reiterated on the House floor, state that Congress "has no power to interfere with the domestic institutions of the states...and all efforts of the abolitionists made to induce Congress to interfere with questions of slavery are calculated to lead to the most alarming and dangerous consequences and all such efforts have an inevitable tendency to diminish the happiness of the people and endanger the stability and permanency of the Union and ought not to be countenanced by any friend of our political institutions."

The Democrats' 1856 platform specifically states that new states to the Union should be admitted "with or without domestic slavery." The 1924 National Democratic Party Convention was nicknamed the "Klan Bake" because of the Ku Klux Klan's influence in the party. Oh, and in 1964, Democrats filibustered to block the Civil Rights Act for weeks. West Virginia Democratic Sen. Robert Byrd, who would later come to regret his actions, stood to give a 14-hour and 13-minute speech against the bill.

Sen. Richard Russell (D-GA), who finished the Democrats' arguments against the bill, said that he and his colleagues would fight until the end.

When the civil rights bill became the Senate’s pending business on March 26, 1964, Senator Richard Russell of Georgia pledged that he and his colleagues in the southern caucus would fight the bill to the bitter end. 'Despite overwhelming odds,' he proclaimed, 'those of us who are opposed to the bill are neither frightened nor dismayed.' The bill’s opponents, Russell declared, would wage a 'good fight for constitutional government.' (United States Senate)

And with that introduction, Rep. Gohmert presented his Privileged Resolution calling upon Congress to ban any political organization or party that has ever held a public position supportive of slavery or the Confederate States of America.

"As outlined in the resolution, a great portion of the history of the Democratic Party is filled with racism and hatred," Gohmert said in an accompanying statement.

He concludes: "To avoid triggering innocent bystanders by the racist past of the Democratic Party, I would suggest they change their name. That is the standard to which they are holding everyone else, so the name change needs to occur.”

Of course, the Democratic Party looks and acts a bit differently these days and would not be categorized as racist, but Rep. Gohmert's point is well taken.

Sen. Rand Paul (R-KY) made a similar observation when Pelosi first raised the issue of removing the Confederate statues.

Hey Nancy glad to see you wanting to expunge the terrible history of White Supremacy, in the Democrat Party!