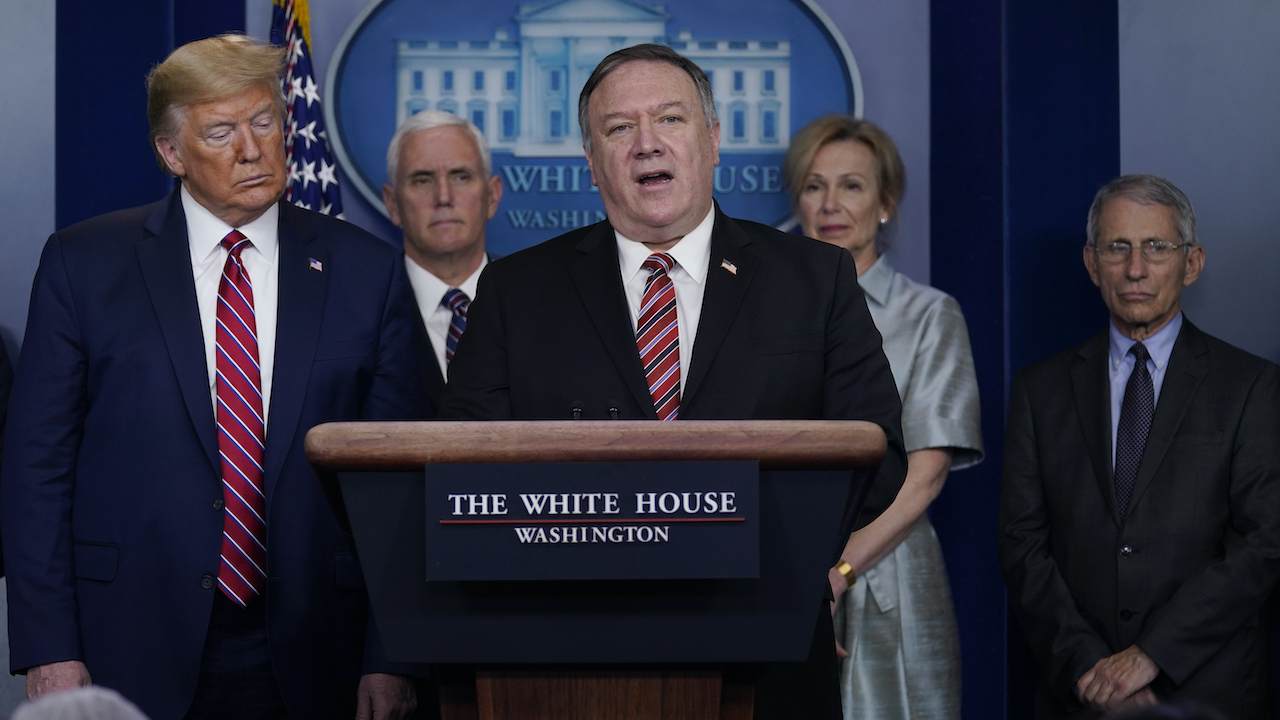 First they tried to tap President Trump against his Coronavirus Task Force member Dr. Anthony Fauci, the director of the National Institute of Allergy and Infectious Diseases. But since that narrative didn't pan out and the two men are on the same side after all (imagine that), now the press is trying to pin Fauci against Secretary of State Mike Pompeo. According to the press, the two are at odds over how the coronavirus escaped from China.

Secretary Pompeo has told the press that there's "enormous evidence" that the virus escaped from a Wuhan lab, yet he agreed with an Intelligence Community assessment that the virus was not man-made or genetically modified. Above all, he insisted that China needs to be more transparent.

"I’ve seen what the Intelligence Community has said," Pompeo told ABC News anchor Martha Raddatz. "I have no reason to believe that they’ve got it wrong. But you have to put this in context. Here’s what’s important, Martha. Here’s what’s important. The Chinese Communist Party had the opportunity to prevent all of the calamity that has befallen the world, and here we find ourselves today – you and I were talking about we haven’t seen each other physically for a long time. That’s true of people all across the world."

Dr. Fauci agrees that the virus is natural after looking at the research on the evolution of the virus in bats. Yet, he did not dispute claims that the virus could have escaped from a Chinese lab after being brought in from the wild.

"But what if scientists found the virus outside the lab, brought it back, and then it escaped?" National Geographic asked him.

"But that means it was in the wild to begin with," Fauci replied. "That's why I don't get what they're talking about [and] why I don't spend a lot of time going in on this circular argument."

According to some media, the two answers could not be more different.

The State Department communications team is doing their best to correct the record.

U.S. media outlets are conflating administration statements. As @SecAzar noted, the Chinese Communist Party has yet to share initial viral and sequencing samples, or information regarding patient one.

We need transparency about the virus, lab safety, and unfettered access to Chinese scientists to save lives.

"I don't think there is a distinction between them," Health Secretary Alex Azar added on Fox News.

Why the media obsession to drive a wedge into this administration as they do their best to respond to an unprecedented and unpredictable pandemic?

Because the president is Donald Trump.