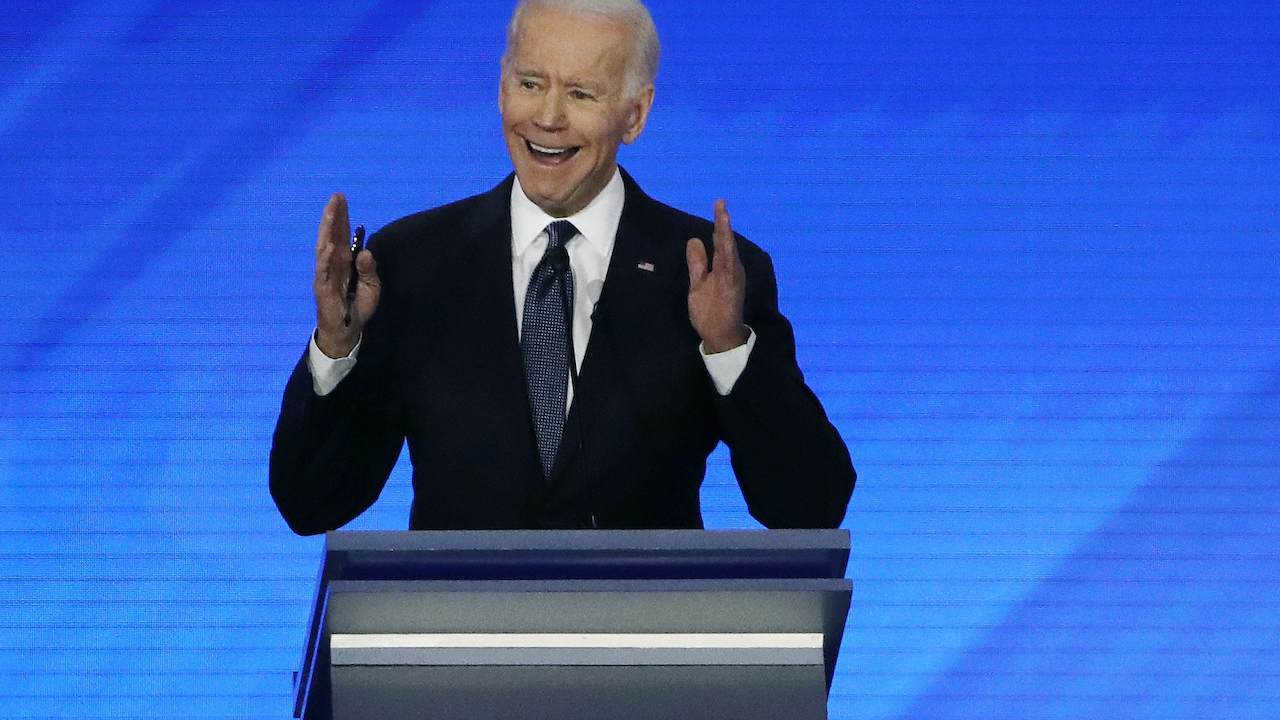 Manchester, NH - As expected, former Vice President Joe Biden provided a few gaffes at Friday's Democratic presidential debate at St. Anselm College. The worse the gaffes are, the worse his team had to try and spin it in the post-debate spin room. But Symone Sanders tried.

At one point during Friday's contest, Biden admitted that he didn't do well in Iowa, and added that he's probably not going to do well here in New Hampshire either. It was a cringey answer, and one that the press had a field day with in the spin room as Sanders, the Biden campaign's senior adviser, tried to assure us that Biden was still going to compete.

Biden surrogate Symone Sanders insists that despite the VP saying he’ll probably not do well in NH, he’s not giving up... #DemDebate #spinroom. pic.twitter.com/pVYiLzH5Ox

"We continue to be competitive," Sanders said, getting snippy with a reporter.

"Whatever happens here in New Hampshire, we are going on to Nevada," she added. "We are not giving up New Hampshire by any means. We're here, we're on the ground, we're competing."

Other reporters noted how well South Bend Mayor Pete Buttigieg was doing both in Iowa and New Hampshire, to which Sanders replied that was not surprising given his "demographic makeup."

"I'd like to remind you all that the Democratic nominee since 1992 has been the person who has been able to garner a substantial amount of votes from the African American community," she added.

Ms. Sanders was also asked when, if ever, Biden will actually show up to the spin room himself.

It's true the vice president is on the ground in The Granite State but I'm not sure how much it's actually helping, considering he's out insulting voters again.