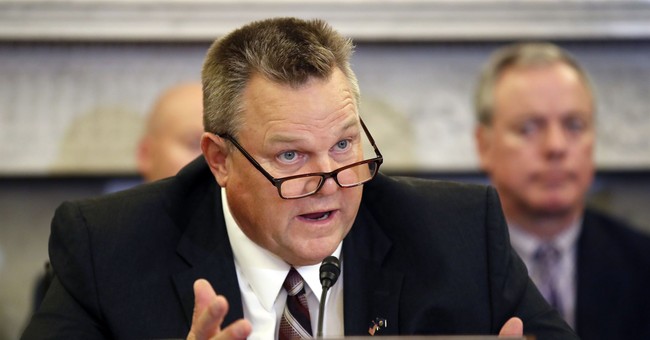 What is to stop President Trump and his campaign from "opening an office of foreign interference outreach" if he's acquitted, CNN's John Berman asked Sen. Jon Tester (D-MN) on Friday morning, hours before Trump is expected to be acquitted. They sounded legitimately concerned.

"There's a real possibility he goes...after foreign interference in our elections in a very bold way," @SenatorTester says about what happens if the Senate votes to acquit Trump. "Election security is absolutely one of the most critical things in this country." pic.twitter.com/tjfzoZOvdZ

"That is the whole question," Tester nodded. "And that's the whole point why we need to hold the president accountable. Because I think there's a real possibility he goes off the rails on this stuff and really does go after foreign interference in our elections in a very bold way."

Tester said it "drives him crazy" that Trump's defense team repeatedly argued that election interference is not an impeachable offense. Actually, Trump's lawyers have argued that the president's request that Ukraine investigate the Bidens was about corruption, not his political future. And, even if the election had been in the back of Trump's mind, those thoughts don't amount to high crimes and misdemeanors, Alan Dershowitz argued, especially if it was in the "public interest."

Tester said that he took over 200 pages of notes, but the addition of witnesses in the Senate trial may help him at least consider an acquittal.

He's right. But we are certainly close. First, the Senate will vote on whether or not to hear from additional witnesses. If that vote fails, which seems likely after Sen. Lamar Alexander's (R-TN) announcement, the jurors will then vote on whether to convict or acquit Trump.