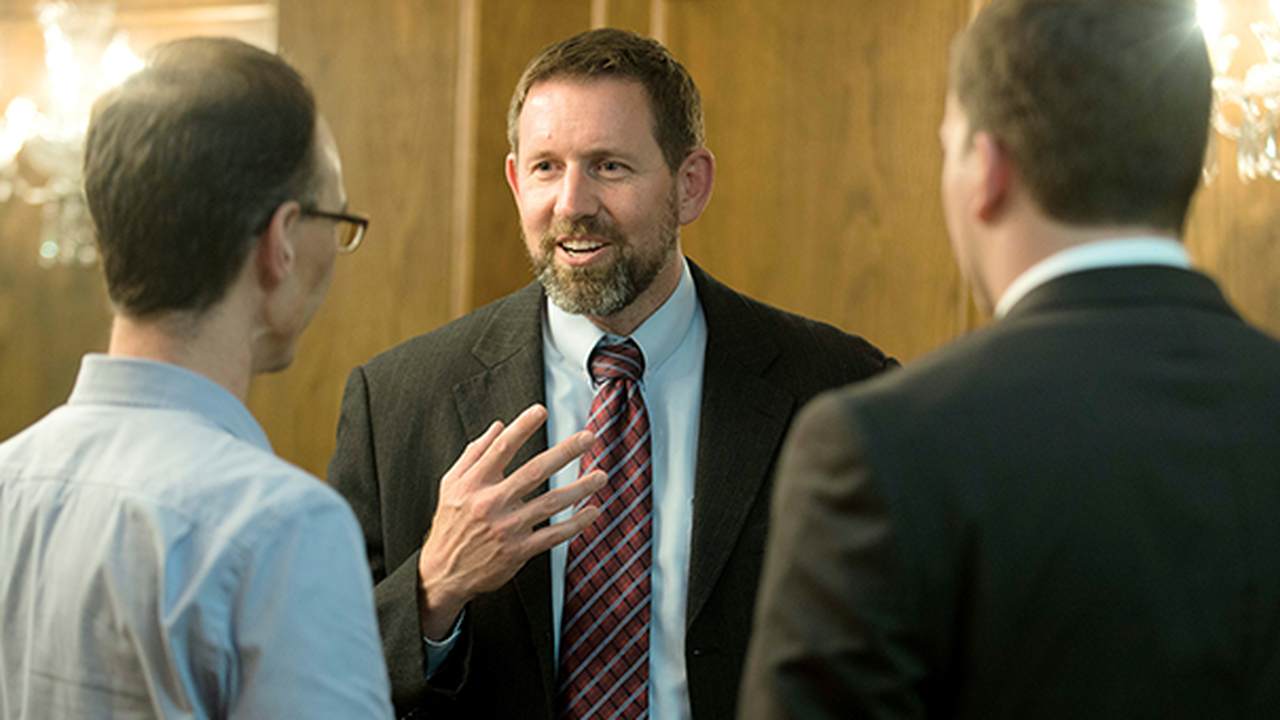 Last week we reported on the American Bar Association's scathing assessment of President Trump's judicial nominee Lawrence VanDyke, who is nominated for the 9th Circuit Court of Appeals. The association rated him "not qualified" because some of the 60 witnesses it spoke with called him lazy, arrogant, and anti-LGBT. Those charges brought him to tears during a Senate Judiciary Committee confirmation hearing last week on Capitol Hill.

There were plenty of other witnesses, however, who had nothing but commendation for VanDyke. The ABA wasn't interested in what those lawyers had to say, they charged.

Take Ashley Johnson, for instance. She worked with VanDyke at the Dallas office of law firm Gibson Dunn for about four years. When the ABA's Marcia Davenport rang, Johnson told her what a fantastic choice he'd make for the 9th Circuit. Davenport sits on the ABA's Standing Committee on the Federal Judiciary and is tasked with evaluating the professional qualifications of nominees.

"I told her Lawrence was an excellent lawyer who would make a fantastic judge," Johnson told Townhall. "It was just all very cursory, and no concerns were raised, so it seemed like there was no real question about his qualifications or temperament (which makes sense, because he is highly qualified and an admirable person). I had the single 5-minute phone call and have not heard anything else."

Here are a few of the compliments the ABA seemingly ignored during the conversation.

"He was a wonderful colleague, when I was privileged to work with him, and has been a good friend for the many years since as I have watched him build a record of public service in multiple states," Johnson explained. "He is an outstanding lawyer, which goes without saying given his professional background."

She "strongly endorses" him as an "excellent candidate."

Or how about Joseph Tartakovsky, the Nevada deputy solicitor general for three years under VanDyke, who said VanDyke was "born to be a judge"? Well, like Johnson, he said Davenport only kept him on the phone for five minutes.

"Lawrence is a man of extraordinary intellect and unwavering integrity," Gammick said after learning of VanDyke's nomination. "He is a wonderful family man and he has a strong sense of compassion and humility, which will continue to serve him well."

We don't know if Davenport selectively edited out their comments, but we do know that the narratives of people like Johnson, Tartakovsky, and Gammick didn't quite fit in the ABA's ultimate conclusions. VanDyke broke down in tears before the Senate Judiciary panel last week as Sen. Josh Hawley (R-MO) read what the ABA had to say about his "bigotry" toward the LGBT community.

"I did not say that," VanDyke said. "I do not believe that. It is a fundamental belief of mine that all people are created in the image of God. They should all be treated with dignity and respect."

So, who did the ABA listen to during the evaluation process? A former colleague of VanDyke's who reportedly had a "mysterious vendetta" against him. Michael Black served as the chief of the Civil Services Bureau of the Montana Department of Justice when VanDyke was the state solicitor general. He's also a frequent Democratic donor.

Judicial Crisis Network chief counsel Carrie Severino wishes the ABA would have done a better vetting job to make sure Black wasn’t "a disgruntled former employee trying to tank the nomination." Meanwhile, other relevant witnesses were given "very short shrift."

Severino muses that the ABA panicked because VanDyke is such an "outstanding nominee."

“He’s clearly the most qualified person for this role,” Severino told Townhall on Monday, adding that she has no doubt he’ll be confirmed.

“To rate him not qualified is truly laughable,” she said.

This time, she said, the ABA has "outdone itself" with its anti-conservative bias.